Avalanche Studios, the developers of the Just Cause and the Hunter saga, today announced that their new open-world game, Generation Zero, will be playable at Gamescom 2018 from August 22-25 at the THQ Nordic booth (Hall 8, Booth A11).

Celebrating their attendance at the event, the developer brought us new screenshots and a new gameplay trailer, giving us a glimpse into the world of the game and its fearsome robotic enemies.

Generation Zero is being developed under the APEX Engine and aims to launch in 2019. Those interested in participating in the beta can register on its official site.

In Generation Zero, players will explore a vast open world, created under the Apex Engine, with a full cycle of day night and unpredictable weather, complex AI behavior, simulated ballistics, realistic acoustics and a dynamic soundtrack based on the 80s.

In this Sweden of the 80s, hostile machines invaded the serene field, and you need to fight them while deciphering the mystery of what is happening. By using battle-tested guerrilla tactics, you can attract, damage or destroy your enemies in intense and creative sandbox skirmishes.

Players can fight alone, or join up to three companions in cooperative multiplayer. Finally, the enemies are persistently simulated in the world, and travel the earth with intention and purpose. When you destroy a specific component of an enemy, be it weapons, armor or equipment, the damage is permanent. The enemies will have those scars until you find them again, be it moments, hours or weeks later. 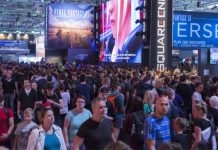 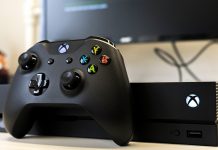 Microsoft To Unveil New Xbox Accessories and Hardware During Gamescom