Just three weeks after the announcement of the much awaited NVIDIA 2000 series graphics cards with Turing architecture, players are wondering what kind of performance improvement can be expected with respect to the current Pascal series graphics cards, specifically in games where there will be no new RTX technologies or DLSS (the new IA-assisted anti-aliasing solution).

The technical director of marketing for the green company, Tom Peterson in an interview with HotHardware commented on what everyone is waiting for, the traditional performance of Turing versus Pascal.

HotHardware asked Tom about what performance players can expect from an RTX 2080 e in contrast to a 1080, but ended up commenting how Turing will have between 35 to 45% performance improvement with respect to the respective Pascal range.

“What can gamers expect? Let’s say a gamer has a 1080 now, could they expect a 2080 to be a faster card? Is the experience with current games going to be better?”

“It’s a big question, in which we could have improved our presentation during the public announcement. Turing is a beast. It will greatly improve the gaming experience in regular titles (that is, without RTX).

If we share information about a few games and can see that the improvement with the same generation will be between 35 to 45% better. For example, this would be from a 1080 Ti to a 2080 Ti, and could vary depending on the game and the graphic configuration. “

In general, approximately a 40% improvement in performance from Pascal to Turing is a fairly large and solid jump, especially at the top of the range which is more prone to stagnation given the lack of competition from the AMD Radeon side in this area of the market.

If Turing architecture can really improve between 35 to 45% the performance on Pascal, this will be the first generation of graphics cards to deliver a performance per lower dollar compared to its predecessor. 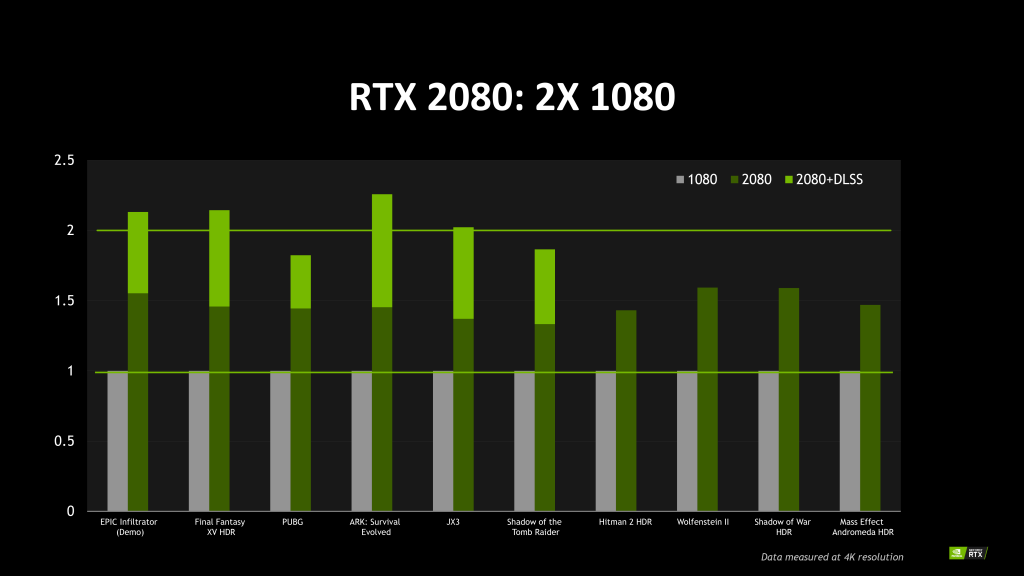