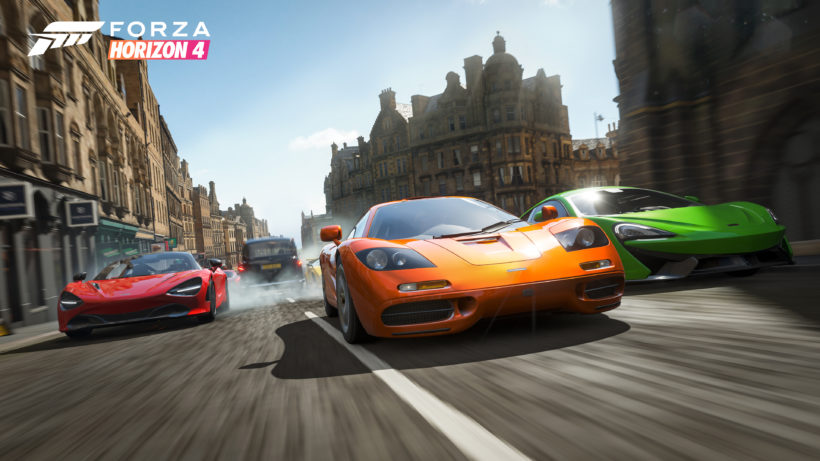 Forza Horizon 4, new entry in the famous racing franchise was released last week for Xbox One and Windows platform and the game is going strong in the United Kingdom’s sales chart.

The Forza Horizon 4 managed to claim third spot in UK’s top ten sales of last week, behind FIFA 19 and Assassin’s Creed Odyssey. On the other hand, reports suggest that physical sales of Assassin’s Creed Odyssey has declined by 26%. According to Xbox UK director Harvey Eagle, Forza Horizon 4 becomes the fastest selling game in the series in United Kingdom in just the first week of its release.

Here’s what he further said in his statement to GamesIndustry;

“We’re thrilled that Forza Horizon 4 has been so well received by gamers across the UK. Set in beautiful, historic Britain and made by British studio Playground Games, Forza Horizon 4 is the fastest-ever selling game of the Forza Horizon series in the UK according to the latest GfK data. We’re also seeing a huge uplift in Xbox Game Pass subscriptions and engagement. These achievements are a testament to the craft and ambition of the latest release of the Forza franchise, the world’s biggest racing IP.”

These stats contain the results of UK, so its hard to say the game’s position across the world. However, we have another data released by Kudos Prime in a form of graph, which shows player stats touching above 1.63 million, which is about 114% more than the previous game in the series. 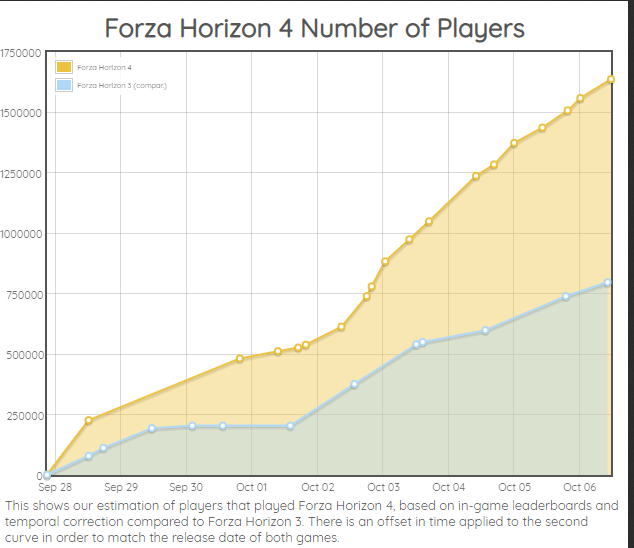 Check out the top 10 sales of last week;

The game is now available for Windows 10 systems and Xbox One. Stay tuned for more updates!