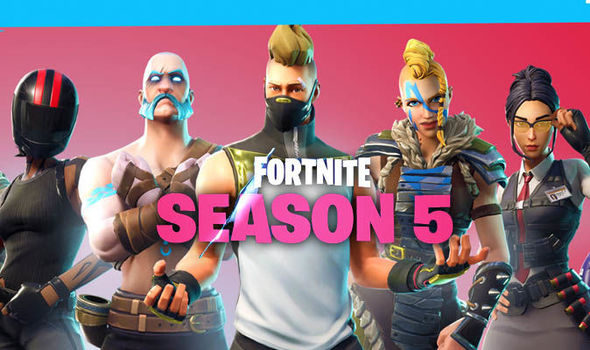 Fortnite‘s long-awaited season 5 is officially released today by the Epic Games a couple hours ago. The season pass was under numerous speculations for many days in terms of what will it include, the maps, skins and much more.

The season 5 battle pass is now available in the digital store of Fortnite for 950 V-Bucks (US $9.50), comprising of 100 levels and more than 100 rewards for the entire season, which will be unlocked after earning the battle stars by completing challenges. It brings the long awaited four person vehicle, the All Terrain Kart, alongside the addition of new maps, weapons, bug fixes, user interface and much more.

All Terrain Kart or ATK is a buggy-type vehicle, carries up-to four people who can go to explore the map and enter the battlegrounds. While the new maps include Paradise Palms, Lazy Links and a Desert, with some updates in the minimap. The developers have confirmed that the Viking ships, desert outposts, and ancient statues have appeared across the island.

While there are some new sets of weapons in the form of Flintlock Weapons, containing one shotgun, sniper rifle, and a revolver as well. It also brings a tons of updates in he general game and its battle royale mode, as the patch notes are available on the official blog of Epic Games.

Have a look into the launch trailer of season 5 below;

The new season 5 update is sized around 6.7 GB and is available for download across all the platforms, whereas the season starts from today, July 12th and will end on September 25th.

See also: Fortnite Playground Mode Going Offline Again, Will Be Back Again As A Permanent Mode

Fortnite is available for PC, PS4, Nintendo Switch, Xbox One and iOS, while the Android version is yet to be released. Stay tuned for more updates!