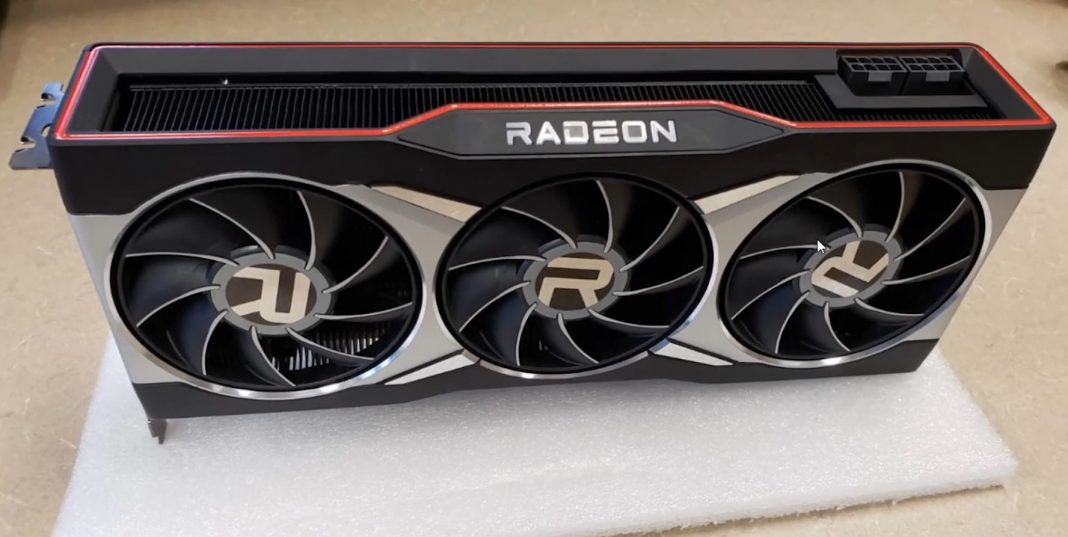 AMD had a small unexpected surprise at Ryzen 5000 launch event, showing its top-of-the-range graphics card, the AMD Radeon RX 6900 XT, better known as Big Navi. According to the company, this graphics card was capable of running 4K games (3840 x 2160 pixels) above 60 FPS in graphic qualities to the maximum.

As an example, they showcased Borderlands 3 demo running at an average of 61 FPS; Call of Duty: Modern Warfare @ 88 FPS and Gears of War 5 @ 73 FPS. With this data in hand, now we know that it performs almost similar to an Nvidia GeForce RTX 3080.

Off Couse, AMD had an advantage in these benchmarks, because an AMD Ryzen 5000 processor was used next to this graphics card, which gives it an extra boost in terms of performance, so we cannot make any direct comparison, and more seeing how from the Ryzen 9 3900XT to the Ryzen 9 5900X there was an improvement of 40 FPS in Borderlands 3 @ 1080p.

With these damages in hand, we could say that the AMD Radeon RX 6900 XT could be about 10 percent slower than the Nvidia GeForce RTX 3080, but offering an extra 6 GB of GDDR6 memory, and of course, the only asset that AMD can play is to offer a much more aggressive price than Nvidia, since at the same price, or a similar price, it seems that Nvidia’s option will be more profitable for offering more power and additional technologies like DLSS or a RayTracing.

On October 28, we will see the actual performance of the AMD Radeon RX 6900 XT, its availability and price.