FinalWire has released an updated version of the well-known diagnostic tool AIDA64.

AIDA64 V5.20 for Android, a free download is available at Google Play store, users of smartphones,tablets, Android TV and Smartwatch, with a version of Android 2.1 or higher you can know anything about your hardware and also from the point of view of the installed software.

” The success of Android has exceeded our expectations. The high number of downloads is a direct evidence of how users require a reliable tool that can provide detailed information of their mobile devices. We are also very happy excellent evaluation that users are giving to our app , “said Miklós Tamás, lead developer at FinalWire. ” Recently we have begun the work of localization of the app and the first results can already be observed with the new version 1.12. In addition to English, this edition is now available in four languages: Italian, Spanish, German and Hungarian. We are also working hard version for iOS, which should be available soon. “

At the same time, also the traditional PC version of AIDA64 has been updated with the support to the most recent hardware components and technologies output imminent.

But that’s not all, the benchmark tool is now fully optimized for the AMD APU Carrizo and Intel Broadwell. 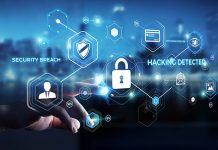 Best Security Software and Applications For iPhones and iPads