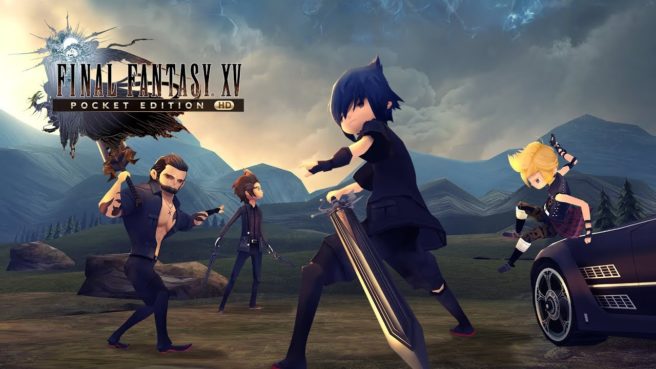 Square Enix has announced a cut-down version of its famous action-role playing game, the Final Fantasy XV Pocket Edition for PlayStation 4, Nintendo Switch and Xbox One.

The game was previously released on Android and iOS and lately, the publisher Square Enix confirmed that the game will be launched for the current-gen consoles. The game is already rolled out for PS4 and Xbox One from today and the players can download for their consoles, while the Nintendo Switch version is scheduled for release “soon”.

The game is available on 40% discount for the week, with a price tag of $17.99 and the offer ends on September 13th. Have a look into the game’s launch trailer right below;

This is the first Final Fantasy game scheduled for Nintendo Switch version and the announcement was planned during Nintendo Direct event which had to be postponed due to the earthquake in Hokkaido, Japan.

The game’s original version was highly praised by gaming community and critics, and the Windows Edition was released earlier this year. Stay tuned for more updates!