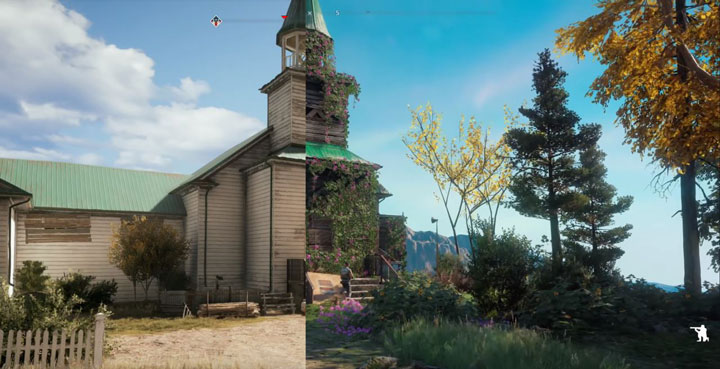 Two weeks back, Ubisoft announced Far Cry: New Dawn, which is a sequel to Far Cry 5. The presentation said that the events of the new game will unfold in the same area (Hope, Montana district) seventeen years after the events of the original Far Cry 5. The world has experienced a global nuclear catastrophe and has changed a lot. How strong these changes were found by YouTuber Cycu1 in one of his videos.

As it turned out, the game map, as well as the location and model of the objects in Far Cry: New Dawn coincide in many ways with Far Cry 5, only the textures and surroundings differ. On the one hand, it’s quite a logical step considering the history of the world.

Far Cry: New Dawn is now available for Pre-order on steam for $39.99, the price looks too high, as for the trivial processing of available materials. Moreover, it is not the first time that Ubisoft has committed such tricks. Far Cry 3: Blood Dragon used Far Cry 3 content, and Far Cry Primal’s world map was largely taken from the previous part of the series – Far Cry 4. However, in the case of Blood Dragon, the developers explicitly stated that they transferred elements from Far Cry 3 and initially lower down the price.

Far Cry: New Dawn will be available on February 15 for the PC, PlayStation 4 and Xbox One.