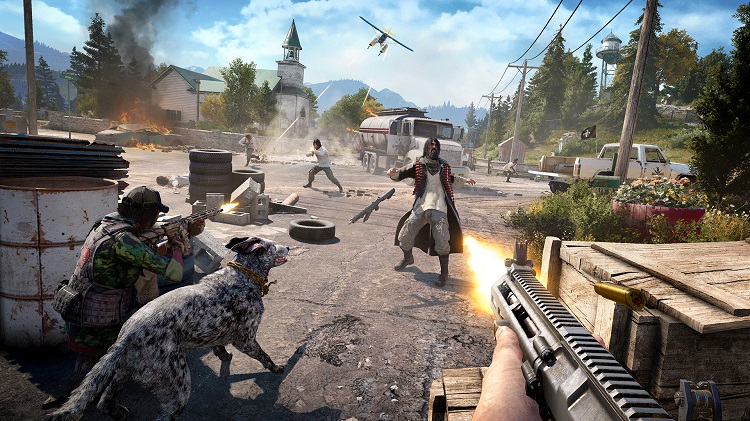 As Ubisoft promised a few days ago, the publisher brought the first screenshots and several trailers of Far Cry 5, the new iteration of the open-world series set this time in the western United States.

“They are trapped behind enemy lines in Hope County, Montana, a cult-filled site, and no one comes to help them. Eden’s Gate, a true army of fans, has finally made its move and has blocked the area, leaving you and every Hope County resident in the cult territory. Now they stand alone against the deadly odds in Big Sky Country, no battery in their phone, and only one way to stop this madness: to slay Joseph Seed, the prophet of Eden’s Gate, and free Hope County from its campaign to save souls By force. And if they are going to survive long enough to do it, they will need to make some friends. Explore freely the rivers, lands and skies of Hope County with the largest customizable weapon and vehicle template in a Far Cry game.

According to Executive Producer and Creative Director, Dan Hay, Far Cry 5 is equal solitude and community, adventure and endurance. It is a game that tries so hard to find a common cause with like-minded people on a dangerous border, as of exploration and explosions.

“They enter the world and meet people for the first time, they do not know them, maybe they do not trust you,” says Hay. “But if they can come to terms with them, if they can have a conversation with them and make them part of what they are building, they can join in their resistance.

“It’s definitely about chaos, and there’s a lot of that in it,” says Hay. “But it’s also about building a beautiful world, and it’s something we want to introduce to you. We went to Montana and fell in love with it. It’s amazing”

Hay and his team spent about 14 days in Montana during the development, met the locals and saw firsthand what the state has to offer. They found a beautiful landscape with diverse biomes and wildlife, which create many opportunities for outdoor activity. They also found people who impressed the developers with their sense of self-sufficiency.

At the top of Eden’s Gate is The Father, Joseph Seed, who believes that the collapse of society is imminent, and that a voice has commanded him to save as many souls as possible before it happens, like it or not. However, meeting with worship experts, developers discovered that worship services are often not held together by a single charismatic leader, but by a hierarchy of people working together to achieve specific goals.

In the case of Eden’s Gate, these people are Jacob, a 20-year veteran of the Army in charge of security; John, a lawyer who acts as the public face of the cult while aggressively buying property for him; And Faith, who keeps members of the cult pacified and “paddling in the same direction,” according to Hay.

“We look back at some of the characters we’ve created before, and we’ve had those key moments where they sit with them, and look them in the eye,” says Hay. “But somehow we did it with one character at a time, and each game was a showdown. This time, we thought it would be very interesting if we created a cast of characters [like that]. Each has its own personalities, and each has its own agenda. “

It will not only be the antagonists who will receive that kind of attention, either. Remember those friends we mentioned at the beginning? Potential allies are all over Montana in Far Cry 5, and if they can persuade them to confront the cult, they can recruit them to follow them into battle. And unlike the interchangeable rebels of Far Cry 3 and 4, these are unique characters with special abilities, unique histories and distinct personalities.

Our first glimpse at three of these characters in Far Cry 5 included Pastor Jerome Jeffries, a former pastor who was expelled from his church, beaten and killed for Eden’s Gate, and who is now taking up arms to defend those whom he Cult wants to orpimir. We also met Mary May Fairgrave, who owns a second-generation salon that lost her family business to predatory cult real estate schemes, and Nick Rye, a pilot who is ready to start raining bullets to defend her family.

“When we see these characters come to life, when we see that they are not just waiting to give them a mission, they have real personalities, they have opinions about things, the world feels real,” says Hay. All these elements, the world, the cult, the resistance you build, work together to create a world that feels believable and at the same time gives them free rein to wreak havoc across an open field with a variety of weapons and Armed vehicles. It is an act of balance, but one of which Far Cry is especially indicated to achieve it. 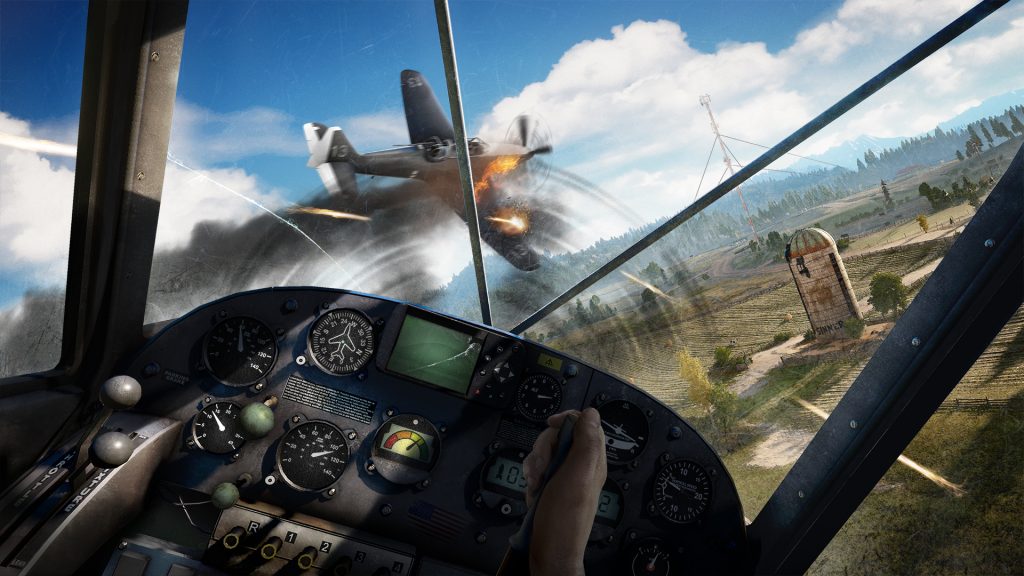