Home Games Fallout 4 for PC will support Mods in April

Todd Howard, director of Fallout 4, announced that the official support for mods in Fallout 4 will come in the month April to PC and later come to Xbox One and soon after PlayStation 4. Although it is not yet available officially, but many developers have already published mods. In addition to support for mods, Todd talked about the upcoming expansion pack,  Automatron, which will bring a new quest line where we have to kill robots, obtain parts and build our own robot in the workshop of the Wasteland.

We want to get it up on PC and have it work. It’ll probably be a good month before it hits Xbox One, and another month for PlayStation 4.

The first one, Automatron, has a little quest line and this Pokemon-esque ‘kill robots, get their parts, build your own’ [gameplay]. The Wasteland Workshop DLC is obviously for Workshop people. We wanted it to scratch that itch of ‘Can I build my own Thunderdome?’ 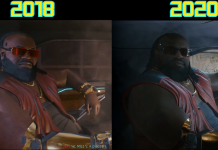