Facebook wants to immerse yourself in the gaming segment with a ‘new PC gaming platform” thanks to a partnership with Unity, a development platform that has its own graphics engine platform of the same name. In essence, Facebook and Unity are working together to streamline the development process of the published games in the next platform Facebook, ie, export and publishing games on Facebook from Unity should be easier.

Facebook will have a new platform for PC games with Unity

Unity and Facebook are joining forces to build new functionality into Unity that streamlines the process for exporting and publishing games onto Facebook. This will allow Unity developers to quickly deliver their games to the more than 650 million players who enjoy playing Facebook-connected games every month — a massive and highly-engaged gaming community that enabled Facebook to pay out over $2.5 billion to just web-game developers in 2015 alone.

If Facebook intends to go big with their platform and if it intends to compete with some big giants like Steam then Facebook needs to get a huge collection of games developed under the Unity engine. A closed phase Alpha version is currently available for selected studios, but no date was not provided for the implementation of the platform. The company has not indicated whether it intends to sell undeveloped Unity games on its platform.

The integration will only work with titles based on Unity 5.4 and above. That version launched earlier this year, ushering in “enhanced visuals, better performance, tighter Unity IAP integration and a major VR rendering upgrade.” 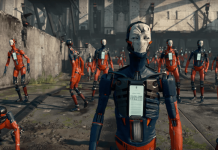