Home Games F1 2015 and Just Cause 3 probably receive a patch with support...

From the description of the GDC conference in March 2016, the F1 2015 and Just Cause 3 can receive the patch introducing support for DirectX 12 API, it also disclosed what specific new features will be presented in games.

GDC 2016 is near to us and at the event there will be more news about upcoming conferences and their topics. As a result, we have learned quite interesting things about the game F1 2015 and Just Cause 3. Interestingly, both were assigned to DX12_1 feature-level, and so for the moment only supported by NVIDIA Maxwell Family graphics cards and Intel Skylake Processors integrated iGPU.

In the case of F1 2015 Codemasters has decided to adapt its EGO 4.0 engine to Microsoft’s latest API service by introducing Raster Ordered Views and Conservative Rasterization. Speakers have also disclose looks like support for multiple cores by the latest versions of EGO. The whole may herald patch for the game F1 2015 and show what Codemasters focus for subsequent titles. For DX12 probably not what we expect in the Dirt Rally, which has been prepared on EGO 3.0 engine.

Equally interesting conference promises to be conducted jointly by representatives of the studio Avalanche and Intel, and on the implementation of certain functions of DirectX 12 in Just Cause 3. Although, now they removed the data on presentation, but as you know, on the network nothing is lost, so we know what exactly will be shown. In the description of the conference, we read that Intel and Avalanche are working together to optimize the game for graphics chips Iris. The use of DX12 API would improve performance, but also provide additional effects. They also showcase the use of techniques Raster Ordered Views and Conservative Rasterization, and in addition also Ordered independent transparency. For now, both teams have not disclosed the specific date of both presentations – we only know that they should be held from 14 to 18 March for just over this period designated another edition of the Game Developers Conference. 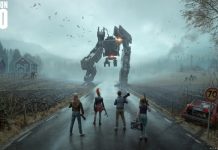 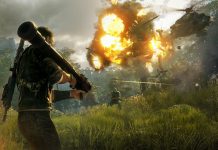