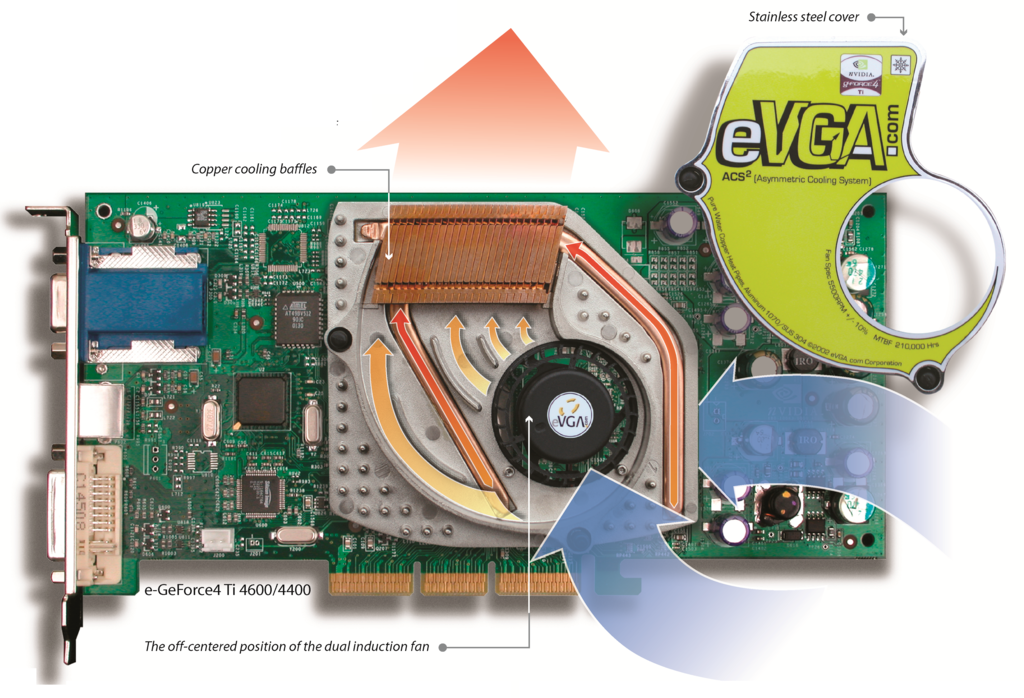 Both graphics cards were released in 2002, and the company indicates that these graphics cards have great value for them. With EVGA GeForce4 MX 440 they debuted their ACS (Asymmetric Cooling System) cooling system, the first graphics card in the world that incorporated a blower fan that cooled a thick aluminum heatsink expelled the air by a side of the GPU.

On the other hand, with EVGA GeForce4 4600 Ti ACS2 company touched the revolution, because both 4600 Ti and 4400 Ti were the company’s first graphics cards with improve cooling system using the already required copper heatpipes to improve thermal dissipation. These heatpipes went to a copper dissipator that used the “Vapor Chamber” technology.

If you have an EVGA GeForce4 MX 440 or GeForce4 4600 Ti graphics card, you can access the EVGA website to find out if you are eligible to earn $ 1,000. The prize is available for a total of three ACS and three ACS2 owners.