In its latest earnings report, the publisher EA announced that it will release a total of 14 titles during fiscal year 2020, which runs from March 2020 to March 31, 2021. While many of them are known to be repeat figures (especially froom sport Niche) or have already been announced, others will come to give us a pleasant surprise.

Did you read all the way to the end? https://t.co/sdtJmDUdcn pic.twitter.com/DFWPxOmvra

According to Jeff Grubb of the foreign site, that eighth-place HD remake (or remaster) will be nothing more nor less than the Mass Effect trilogy, which is highly requested by fans, beyond its inconsistent and repudiated ending. In principle it will be released for PC and the next-gen consoles in turn, and later for Switch.

Electronic Arts also mentioned in the report that it plans to bring its monthly EA Access subscription service to Steam, in its two variants of $ 5 and $ 15, which means that more Origin exclusive games should be coming to the platform soon from Valve. 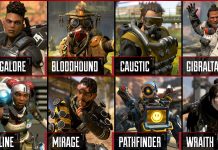