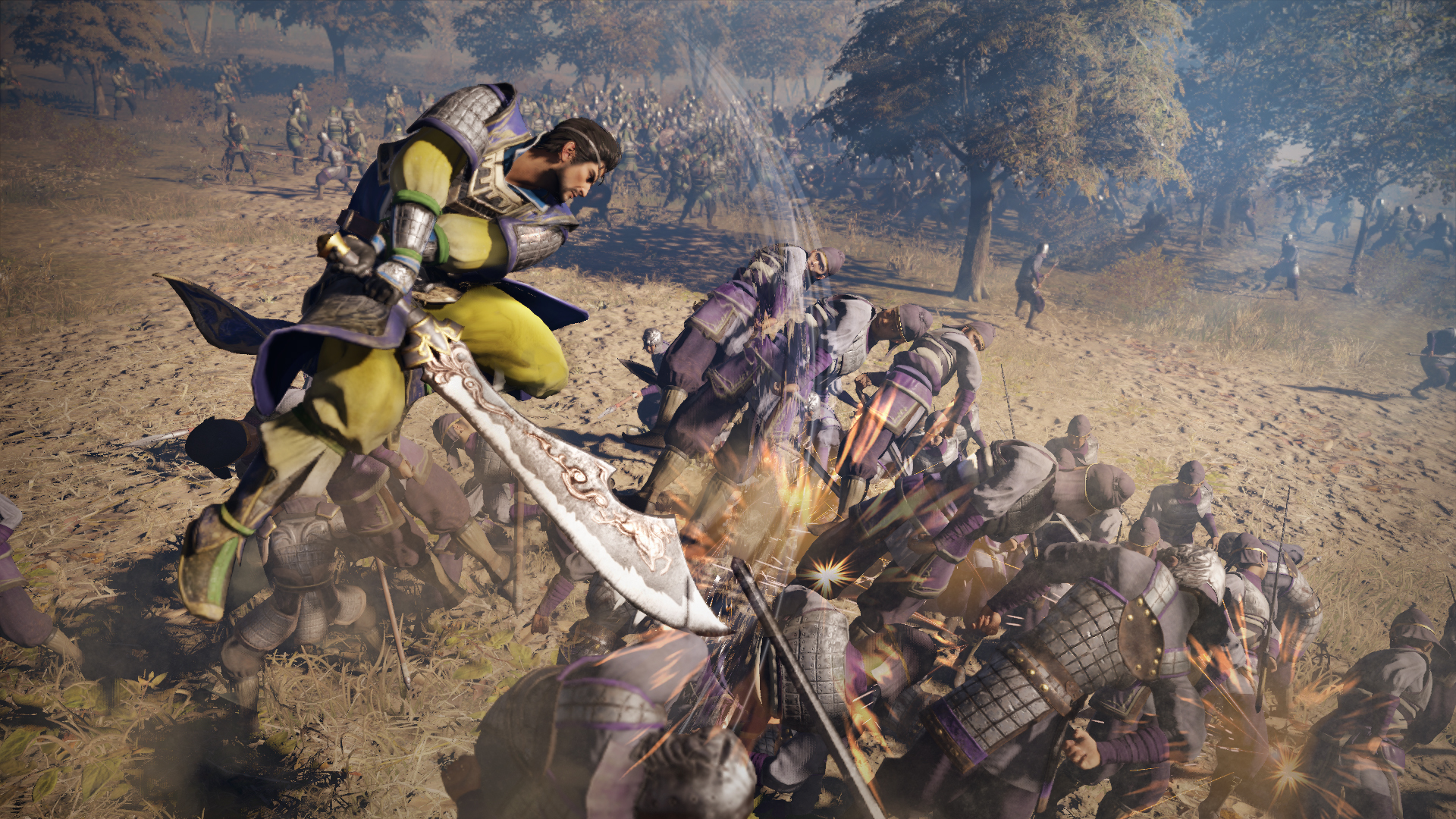 Koei Tecmo today revealed the new combat and exploration mechanics to be found in the next iteration of the franchise developed by Omega Force. To complement what is mentioned, Koei Tecmo released new new images and a trailer of Dynasty Warriors 9 where we can see the sensational environments rendered and the dynamic combat systems that the player can use in the game.

With the system of combos states, Dynasty Warriors 9 introduces new mechanics of combat to the iconic of the style “one against hundreds”. This new system allows players to perform three different types of attacks: Trigger Attacks, Flow Attacks and Finish Attacks.

Trigger Attacks will allow players to start an explosive combo, followed by Flow Attacks that will adapt to the enemy’s state. The successful combos will allow you to perform a Finish Attack to make a final blow that will eradicate the enemies in your path. These new improvements aim to create a fluid experience like no other in the franchise.

The new Interactive Action system is another immersive innovation introduced in Dynasty Warriors 9 and its open world mode. Players will be able to use their surroundings for the first time in the franchise, with the ability to scale buildings and mountains, use grab hooks to cross walls, and use objects like oil barrels in battle. These new actions offer new possibilities for players to take advantage while they are traveling throughout China in the third century, or when they are in the middle of a bout.

By uniting the classic and iconic action of the saga with a variety of new features, characters and content in a vast open world, Dynasty Warriors 9 tips to create the most ambitious and immersive experience of Dynasty Warriors to date.

Platforms, release date and more information about the features, characters and narratives of the game will be announced in the coming months. Below you can see new screenshots: