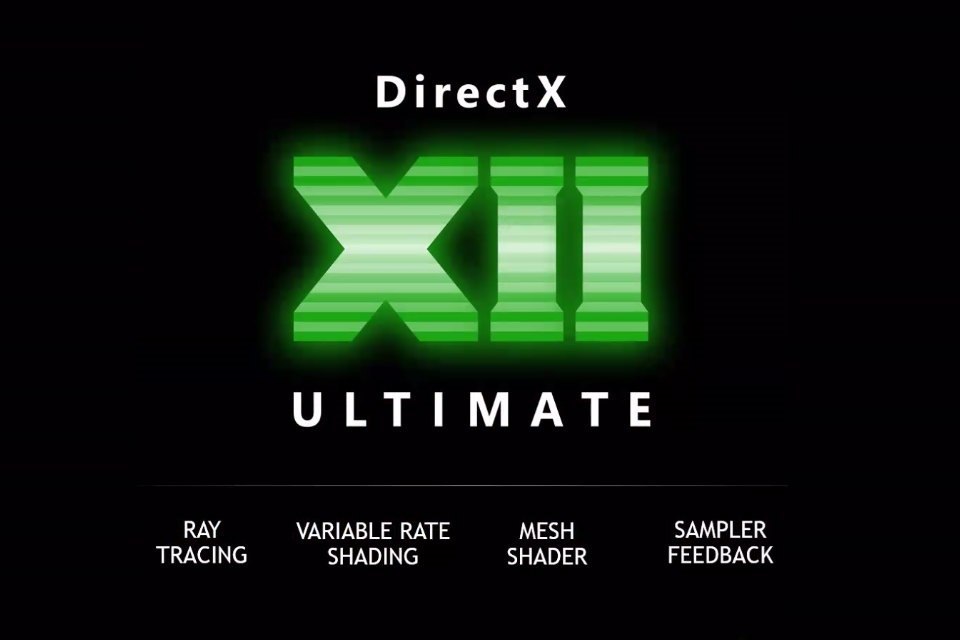 Next-generation PCs and consoles will be equipped with NVIDIA GeForce RTX and AMD RDNA 2 architectures and Microsoft today announced that they both will support DirectX 12 ULTIMATE API, which is DX12_2.

Microsoft also revealed that DXR 1.1 version has a lot of credit for NVIDIA. As the latest underlying support for game chasing, it brings both performance and efficiency to a large number of chasing effects, and developers’ work becomes easier.

“DX12 Ultimate bundles them all together, giving developers the most critical content to unlock the next generation of graphics technology on PCs and Xbox Series X.”

Variable rate shading, mesh shader, sampler feedback, etc. have been supported in the Turing architecture such as the RTX 2080 graphics card. The core concept is very similar, reduce the load and increase the frame rate of the game. VRS will perform frame picture layered rendering with different intensities. For example, in a racing game, cars, road require high-intensity or high-priority rendering but the scenes on both sides do not need to occupy so many resources.

The mesh shader reduces the CPU load and consists of two new shading stages. The task shader performs object culling to determine which elements of the scene need to be rendered. Once this is determined, the mesh shader determines the level of detail of the visible objects. Objects that are further away need lower levels of detail, while objects that are closer need to be as sharp as possible. NVIDIA showed a picture of a spaceship passing through 300,000 asteroids. Through mesh shader technology, the number of triangles drawn at any vertex has been reduced from 3 trillion to 13,000, so that it can maintain 60 frames without sacrificing the nominal picture.

In order to make it easier to squeeze out the full power of DX12U, Microsoft also recommends PIX and HLSL compiler tools.

PlayStation 5 and Xbox One S will also support DirextX 12 Ultimate (During the event, AMD takes the opportunity to remind gamers that the same RDNA 2 architecture is powering both Microsoft’s Xbox Series X and Sony’s PlayStation 5 consoles) and Microsoft promises to push v2004 update for Windows 10 users in the next few months.