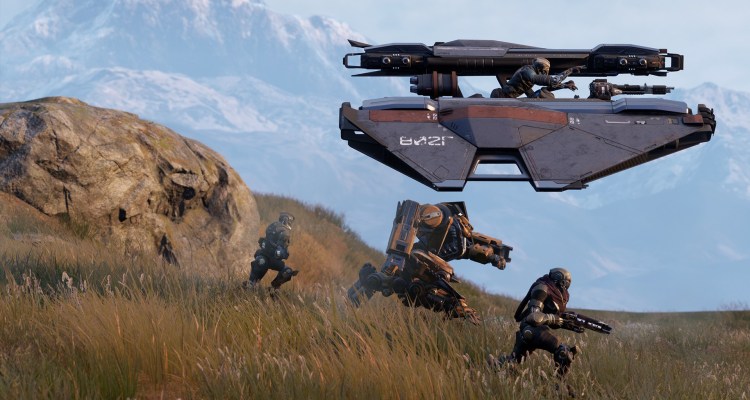 Like the closed beta, the purpose of the open beta is to ensure stability and receive feedback in anticipation of the game later this year.

The beta allows players to play two of the three frantic multiplayer modes that will be available at the official launch of the game.

In Retrieval (recovery), the first game mode, players will compete in two intense rounds where each team will try to carry a load that can only be carried by the infantry units, while the other team will have to prevent them from arriving.

In the second game mode, Control, two teams fight for the domination of several capture points. Players must ensure that their infantry teams remain alive and within the area as this is the only way to score points to win the game.

Players will be able to play with seven of the beta’s unique units, such as Tech Noir that amplifies the damage, or Warhedz that launches nuclear missiles.

The recommended requirements to play the beta in 1080p are the following:

«Pilot a gravicycle with heavy weaponry in Disintegration, a new unparalleled first-person science fiction shooter. Lead your troops fighting in an exciting one-player campaign and compete in a frantic multiplayer PvP against other pilots and their teams.

Disintegration is a new first-person science fiction shooter set in the near future of the Earth in which the only hope for humanity lies in integration, a process in which the human brain is conserved in a robotic framework. You are Romer Shoal, a former gravicic pilot in command of a small integrated resistance that still clings to the memories of its evanescent human selves. With the dominant Rayonne forces focused on eliminating the last vestiges of human society, Romer and his outlaw team depends on counterattacking and restarting humanity. Pilot a variety of armed graviciclos, command your team using unique skills and master your personal arsenal to control the battle.

Disintegration features an exciting one-player campaign and a frantic multiplayer PvP in which pilots and their teams compete in three exciting game modes on various maps. »