A couple of weeks ago, Deus Ex Mankind Divided was released and players started reporting several game issues, bugs, crashes on the forums like reddit and even on Steam. Following the reports of issues, the game received a quite number of negative reviews while the developers acknowledged the issues and released a patch and some workarounds the very next day.

The first patch was claimed to be fixing some of the game crashes, while another one also fixed mouse sensitivity issues as we reported. While this new PC patch focuses on the game crashes that were reported since game’ release. The new patch will be automatically applied while starting the game, and if that doesn’t start, the players should restart the Steam client.

Just like previous updates, players have the option of rolling back to a previous build via Steam beta if they find some trouble with the new patch. Deus Ex Mankind Divided is now available for PC, PlayStation 4 and Xbox One. Stay tuned for more updates! 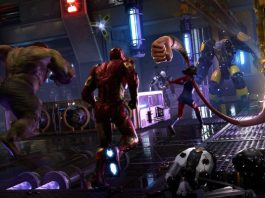 According to JPR, in the next 3 years 20 million users...