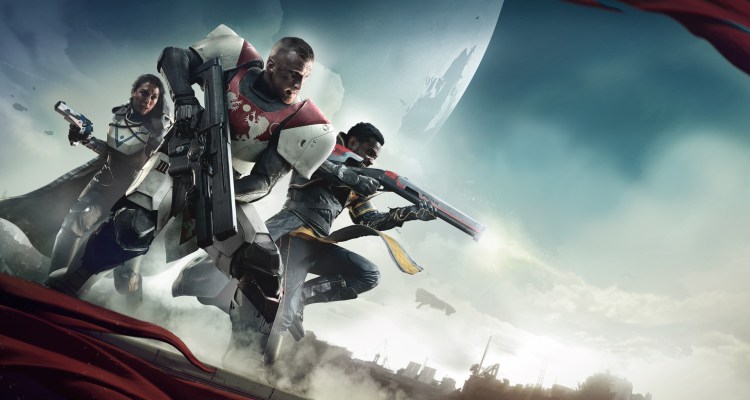 Bungie’s latest online shooting title Destiny 2 was released almost a week ago and as per the developers’ claim, the title has successfully managed to attract more than 1.2 million online players already.

The game was released for PS4 and Xbox One last week and according to the game developers on Twitter, the title surpassed over 1.2 million concurrent players on Sunday, September 10th.

Thank you all so much for playing, Guardians! Right now Destiny 2 has over 1.2 Million concurrent players online. We’ll see you in the wild.

The game is said to be more stable and optimized as compared to the original title, but there were some reports suggesting about possible issues while connecting to the servers and some other bugs that were encountered by Xbox One players. While Bungie also worked for server queues so the players can wait for their number while connecting to a server.

This player count appears to be combine number of players of both the platform, while it will grow as one of the biggest community in the industry is yet to join the battle when Destiny 2 launches next month for PC. However, the studio didn’t shared the number of copies sold as of yet, but it can be said that it has been sold over 1.2 million units.

The game is available for PS4 and Xbox One, while it will be launched for PC on October 24th through Blizzard’s online platform Battle.net. Stay tuned for more updates!