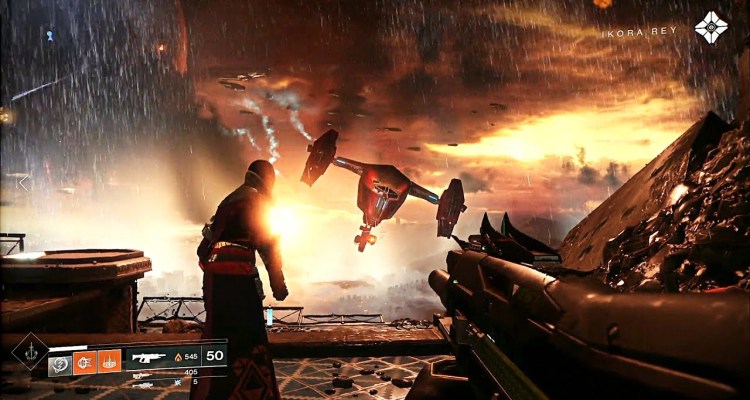 As Activision promised a few weeks ago, a live stream is currently taking place, in which developer Bungie is showing Destiny 2 first gameplay. After completing the stream, several sites and Youtubers will be able to publish their own videos of gameplay, so be aware of our next publication.

Destiny 2 is the sequel to the internationally acclaimed Destiny, a first-person action game that takes the player to an epic adventure to defend humanity from annihilation.

“Destiny was the biggest launch of a new console video game franchise. Together with our incredibly talented Bungie teammates, we’re focusing on making Destiny 2 attractive to more fans, with first-person action, an incredible new storyline, great characters and innovation that make the game more accessible to different types of players, “he said. The CEO of Activision, Eric Hirshberg. “We’re also bringing Destiny 2 to PC for the first time. Destiny 2 will make this great franchise bigger than ever. “

“The past three years have been incredibly inspiring and very satisfying for Bungie. Knowing that millions of players around the world have forged lasting memories of Destiny and who have made it their hobby is really exciting and we can not wait to continue the adventure. ” “We are looking forward to sharing a fresh and engaging story, with the arrival of Destiny 2 Beta announced this summer, we are eager to receive feedback from millions of players around the world who will get a glimpse of the new adventures that will unfold for all of us. Together with our Activision partners, we are excited to put Destiny 2 in the hands of the players in September. “

In Destiny 2, the last safe city on Earth has fallen and occupied by a powerful new enemy and its elite army, the Red Legion. Each player creates his own character called “Guardian”, which are the protectors chosen by mankind.

As a Guardian in Destiny 2, players must master new skills and weapons to gather city forces, stand up and fight to reclaim their home. In Destiny 2 players will respond to this call, embarking on a new history full of destinations never before explored around our solar system, in addition there will be a lot of activities to discover. There is something for almost all types of players in Destiny 2, whether it’s for fans who play alone, cooperative and competitive, all within a vast and exciting evolving universe.

The game will be released for PC, Playstation 4 and Xbox One on 8 September.