It is the most expensive acquisition in the history of the technology industry. Does it mean the birth of a giant?

The company Dell has agreed to acquire EMC in a cash-and-shares deal valuing the company at $67 billion dollars. It is an undeniable record in the history of the technology industry.

Why Dell opted for such a huge deal? This is apparently related to the willingness to go beyond the personal computer sector alone. With EMC (which owns, among others, RSA and VMware) Americans will be able to play an important role in such departments as: servers, data management, virtualization, converged infrastructure, cloud, hybrid, mobile solutions and cyber security.

“Our investments in R & D and innovation, together with structures controlled by us, give us great opportunities, high strength and flexibility and to deepen our relationship with customers” – says CEO, Michael Dell.

After finalizing an agreement, EMC will become part of Dell. Not all, however – partly because VMware will remain independent. Even though Dell and EMC are now the largest private technology company in the world. 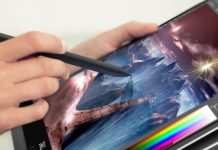