Dell has introduced the new version of the mobile workstation Precision M3800. The mobile workstation main job is to entertain the graphic designers, engineers and other advanced users. Ultra HD touchscreen and Thunderbolt 2 technology also for developers, they have prepared version based on Ubuntu.

New Dell Precision M3800 matched the previous generation in terms of the characteristics of mobility and elegant appearance and its weight starts from just 1.88 kg, with a thickness not exceeding housing 18mm. The Laptop is available with a 15.6-inch touch screen with a resolution UltraSharp Ultra HD (3840×2160 pixels), which is based on a matrix IGZO2 and is secured by Corning Gorilla Glass glass NBT. As a result, it is characterized by a rich palette of saturated colors and a wide range of brightness. Ultra HD is currently the highest resolution available for the 15-inch workstation – it offers a 3.4 million pixel Retina screen more than a 15-inch Apple MacBook Pro. Screen of Precision M3800 model also features a multi-touch ten fingers, providing customers an intuitive way to interact with the desktop.

The device is based on a 4-core Intel Core i7  Haswell processor. By using up to 16 GB of memory and professional graphics card NVIDIA Quadro K1100M, the system provides the power needed to handle even the most demanding tasks.

Due to the fact that the tasks involving the formation of films, animation and design management often require large files, Dell laptop is also equipped with additional storage options, and increased the total available internal storage up to 2 TB (twice more than that offered by the SSD in a MacBook Pro Apple). Furthermore, the manufacturer has added to the Precision M3800 model Thunderbolt port 2, so that users can use the data transfer rate up to 20Gb / s, which allows you to watch and assembling 4K image while simultaneously backing up the work file.

In addition, the Dell Precision M3800 housing less heat up during the implementation of intensive tasks and – in contrast to the MacBook Pro – M3800 ISV certified professional in the field of software applications, which ensures optimum performance and operation. 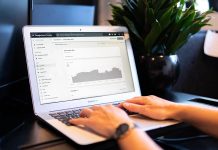