There’s some news for the upcoming Dead rising movie drop out it seems the movie will be like Indiana jones but with zombies according to Zach Lipovsky the movie’s director. Zach said “I really like the tone of the game. It’s definitely got its dark, scary beats, but ultimately it’s an adventure film,” he said. “Every time I get scared or laugh while playing, I make a note to add it to the script. Tonally it will be like ‘Indiana Jones with zombies.’ Fun, scary, dramatic action.” Well, I think this is a good yeah cause if he will be able to do it this will be one of the biggest blockbuster zombie movies I guess.

Dead Rising Apocalypse Edition just one month ago released for Microsoft Windows. The game is a third-person perspective game which follows Nick Ramos a young mechanic as he fights way through hordes of zombies to survive the outbreak. The game has many alternative endings play it and try all the endings out. 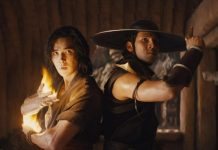