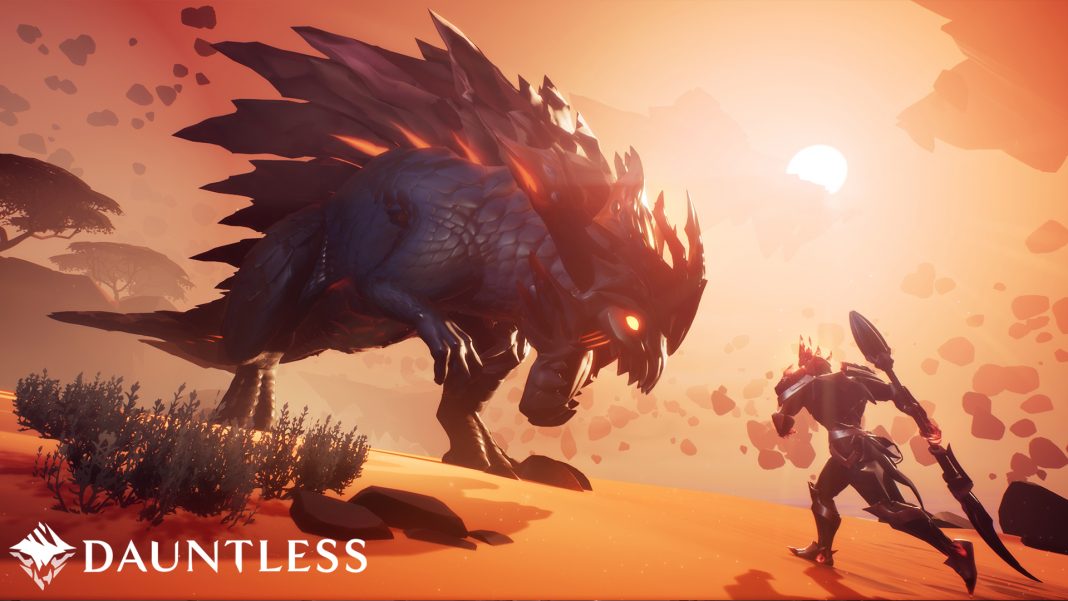 Phoenix Labs, an independent studio comprised of industry veterans who have worked on Riot, BioWare and Capcom, are pleased to announce the start of the worldwide open beta of Dauntless, their open-world action RPG inspired by Monster Hunter. Those who are interested in being part of this new phase, can create an account and download the game client from its official site.

In Dauntless, players will take on the role of elite warriors, called Slayers, who must protect humanity from the ferocious Behemoths.

The game structure will allow the Slayers to venture on the map alone or by assembling a group of up to 4 players (as in the Capcom game) to face these giant beasts. The study promises that each confrontation will be unique, presenting different challenges and rewards. To survive the Shattered Isles (the islands that arise from the cataclysmic event of this universe), each player must collect rewards to improve their arsenal of weapons and exploit the deep system of item construction.

The title will be available for free sometime this year, and at the moment there are no plans to publish it through platforms such as Steam or the Microsoft store.