Home Games Cyberpunk 2077 will come with free DLCs and no micro-payments; Screenshots 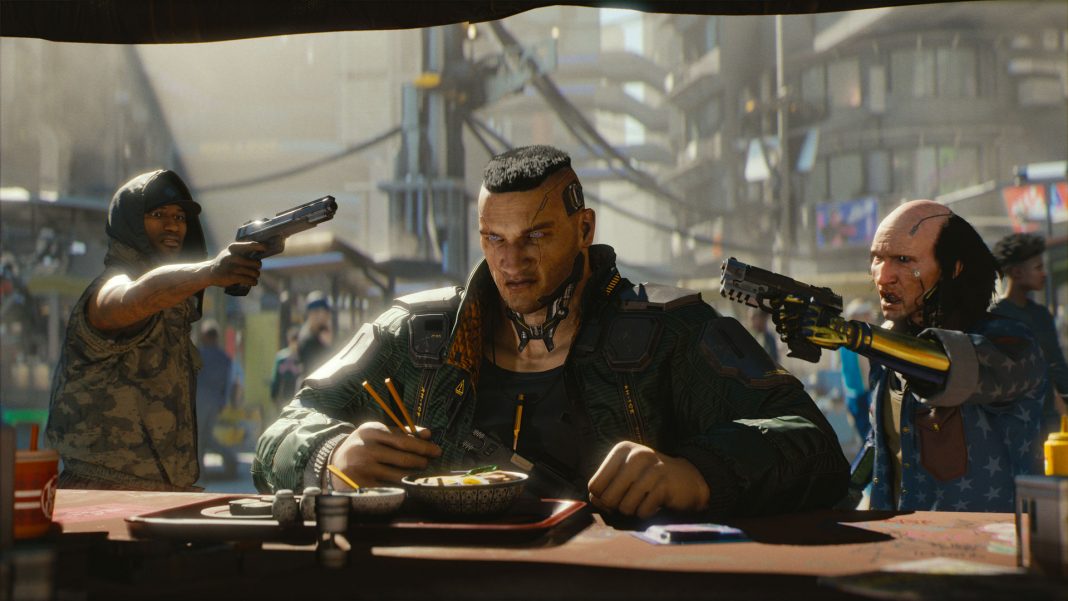 At the end of the press conference, Microsoft showed the trailer of one of the most anticipated projects on E3 2018 – action-RPG Cyberpunk 2077 from the acclaimed studio CD Projekt RED. According to the trailer itself, everything has been captured by using the game’s own graphic engine, which is also impressive.

Night City, California. Year 2077.
The world is broken. Megacorporations control all aspects of life from the highest floors of their fortresses in skyscrapers. Below, the streets are controlled by gangs dedicated to drug trafficking, techno swindlers, and merchants of illegal emotions. In the middle is where decadence, sex and pop culture are mixed with crime, extreme poverty and the unattainable promise of the American dream.
You are V, cyberpunk. In a world of cybernetically enhanced street warriors, tech savvy cyber criminals and corporate hustlers, today you take the first step to becoming an urban legend.

In the description of the project it is said that this will be a story-oriented role-playing game in the open world. The action will unfold in the American city of the future called Night City, where there are many people living below the poverty line, but this does not stop the flow of visitors who stay there because of the large number of different possibilities. We will be assigned the role of an assassin with the name V, who received his first serious contract. The protagonist will be allowed to create himself.

Similarly, developers have claimed that Cyberpunk 2077 will have completely free DLCs. In the same way, the title will not have DRM, nor will it have micropayments. “Micropayments? In a roleplaying game for a player? Are we crazy? “ , Noted CD Projekt. At the moment Cyberpunk 2077 has no date, and taking into account the current creative process, we will have to wait long enough to know an exact day.