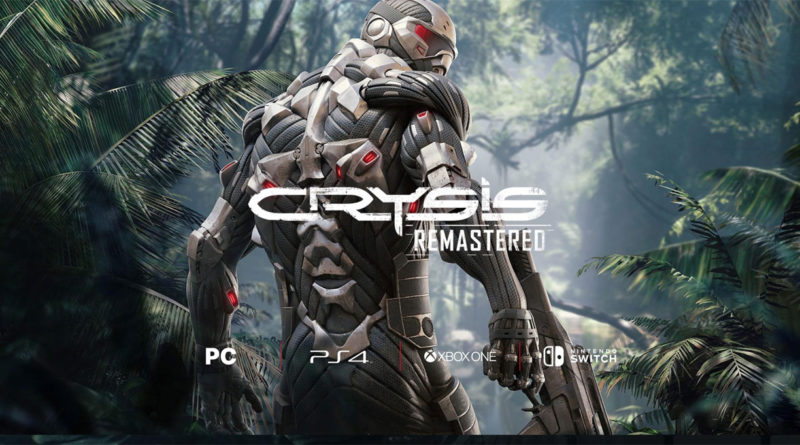 It is now official, Crytek is preparing the official announcement of the Crysis Remastered, a title that was leaked a few minutes ago and confirms that we will not have a Crysis 4. Interestingly, the information related to remastered comes from the official website of the German studio Crytek.

It can be said that Crytek broke his own surprise, although most of us expected that the latest unclear entries on Twitter developer hides the refreshed first part of Crysis. Now we are sure.

The game called Crysis Remastered was noticed by players on the official Crytek website in the section devoted to the policy of so-called “cookies”. Although the entry disappeared from the site immediately after blowing the matter on social media, though the information it contains is presented in many places.

Crysis Remastered coming to PC, PS4, Xbox and Nintendo Switch according to the website's metadata pic.twitter.com/KVWTFyeMfg

First of all, we have improvement in graphics with the title Crysis Remastered and game will be released on four platforms including; PC , PS4 , Xbox One and Nintendo Switch. The release date is still missing.

In addition, we learned that the remaster version of the game will offer new graphics features, high-quality textures and a native CRYENGINE ray-tracing solution independent of the API for PC, PlayStation, Xbox and – for the first time – Nintendo Switch .

And that’s it for now, but it can be expected that after the premature disclosure of the project, Crytek will no longer make stalks and put all the cards on the table.