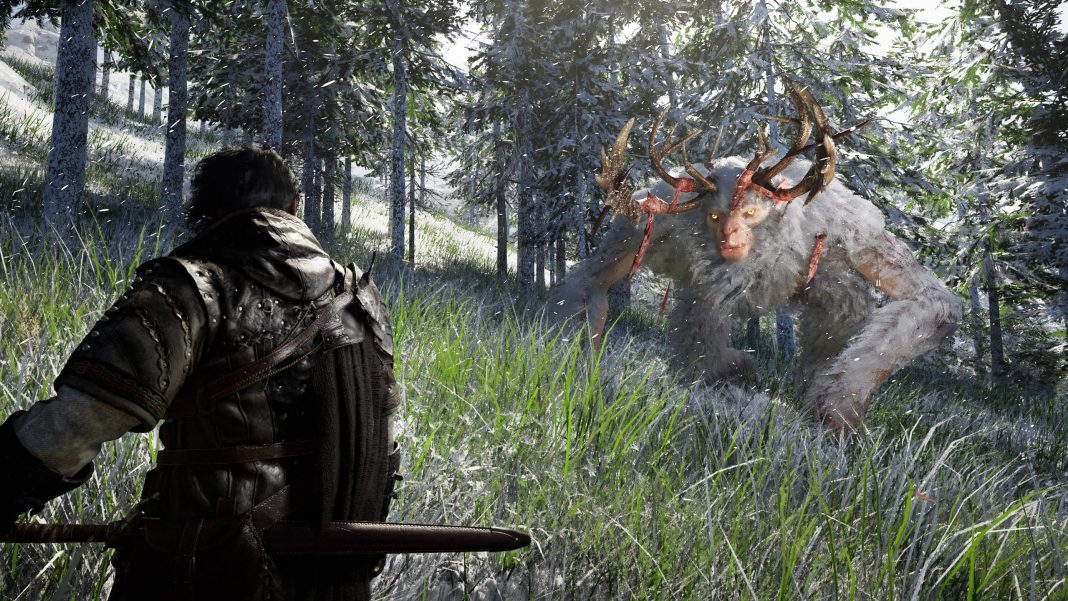 Pearl Abyss today released the new gameplay trailer for their next-gen title, Crimson Desert. Shown during the 2020 Game Awards, the trailer dives into the action-adventure open-world game slated for release in winter 2021 for both consoles and PC.

Crimson Desert is a revolutionary open world action-adventure game that combines single-player narrative elements with online multiplayer features. The game is set on the continent of Pywel, a war-torn world with many different territories, cities, cultures and religions. Pywel is a land full of confusion with many areas, factions, and regions fighting for control. As players progress through the story, they will make decisions that will have significant effects on how the story and its events unfold.

The new 4K trailer for Crimson Desert shows us some of the story and elements of the game and provides the first vertical slice of what players can expect. The main protagonist is Macduff, a troublesome leader of a band of mercenaries fighting to reclaim their land. The trailer also includes a clip showing Macduff meeting the main members of his group of mercenaries with whom he will traverse the continent of Pywel as they work to overcome the many dangers it harbors. As the video progresses, we also get a taste of what combat in Crimson Desert is like, including frenetic PvP battles and powerful boss fights.

Crimson Desert is the biggest challenge Pearl Abyss has faced since Black Desert; During the 5 years that Black Desert has been available, it has won over 40 million players and has raised over $ 2 billion in revenue. Crimson Desert will allow players to explore another one of the captivating worlds of Pearl Abyss, filled with great story-driven gameplay, cinematic-quality graphics, and unmatched combat mechanics.

In the coming months, Pearl Abyss intends to provide more information about the game and involve players in the development process. Sign up for more information on their official website which has been recently updated.