Home Games Crackdown 3 Coming To Xbox One and Windows 10 On November 7... 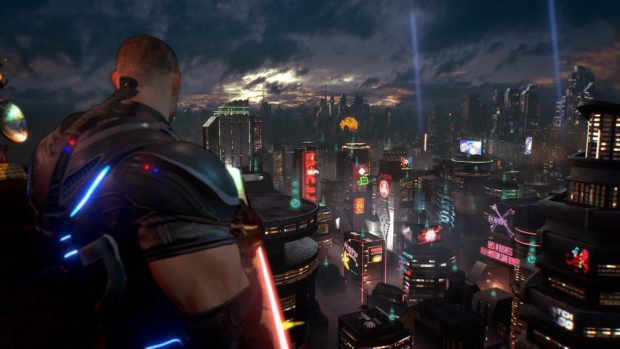 After several trailers, Gameplays and delays, Microsoft finally confirmed the release date for Crackdown 3, and it is on November 7, 2017 for the Xbox One family and Windows 10.

Crackdown 3 Announced For Xbox One and Windows 10

You Might Like: State of Decay 2 is an Xbox Play Anywhere title – New Screenshots and 4k Gameplay Trailer

Crackdown 3 is set in a future where a group of super agents must defeat several bands, endowed with the latest technology. You will also have to acquire a set of skills, such as agility, driving, physical attack, weapons and explosives. The title will have support for 4K and HDR resolution.

“Be a Justice Agent with superpowers and stop crime in the open world of violence and destruction of Crackdown 3. Explore the heights of a futuristic city, run the streets in a transformable vehicle and make use of your powerful abilities to stop A ruthless criminal empire. Developed by the creator of the original Dave Jones series, Crackdown 3 brings you chaos in cooperative mode and a completely new multiplayer mode where destruction is your ultimate weapon powered by Microsoft Cloud. “

Until today, Microsoft had spoken little about Crackdown 3. The game was announced several years ago, and it was at one point expected to launch in part during 2016.

Crackdown 3 will be released on November 7 on Xbox One and Windows, with support for Xbox Play Anywhere.