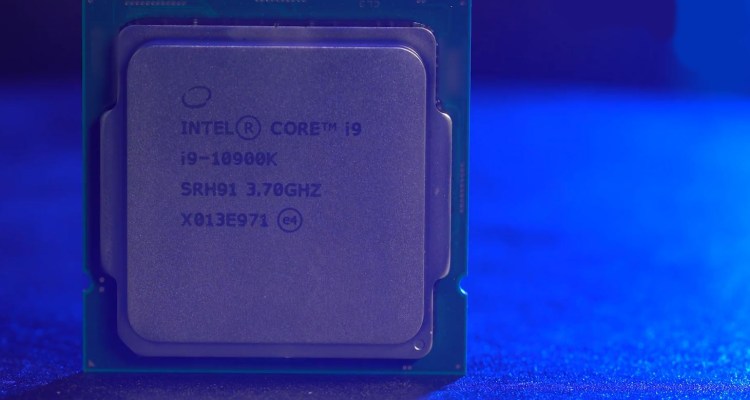 The Chinese website bilibili has released a video with benchmarks made by Teclab, who appear to have pre-empted Intel’s official embargo on May 27, posting its review of the new Intel Core i9-10900K. The processor used seems to be a retail version since many stores already have Z490 motherboards and many processors from the new Intel line in stock, so the CPU in question is not a chip specifically sent by Intel for this type of review.

Unfortunately, TecLab did not make a comparison of the 10900K against the 9900K, but instead used its AMD counterparts, the Ryzen 3900x and AMD Ryzen 3950X for the publication. All three processors were cooled with the EKWB 360mm AIO cooler, paired with GALAX HOF RTX 2080 Ti graphics card to run games at 1440p.

You Might Like: Only 3 models of Intel 10th Gen Comet Lake-S CPUs would go on sale in first wave!

The tests were carried out with Z490 series motheboards for the 10900K and X570 for the Ryzen, although it is not known exactly which model of motherboard Z490 was used. Both systems were using GSKILL Trident Z DDR4 kit @4000 MHz, although for AMD configurations different frequeicnes and timings were used.

As for temperatures, the 10900K was at an average temperature of 78 degrees, while the 3900X was about 74 degrees and the 3950X about 83 degrees. In the below image you can see that it is carrying out the AIDA64 stress test, and both FPU and CPU are active, this load is very different from the one you have when playing.