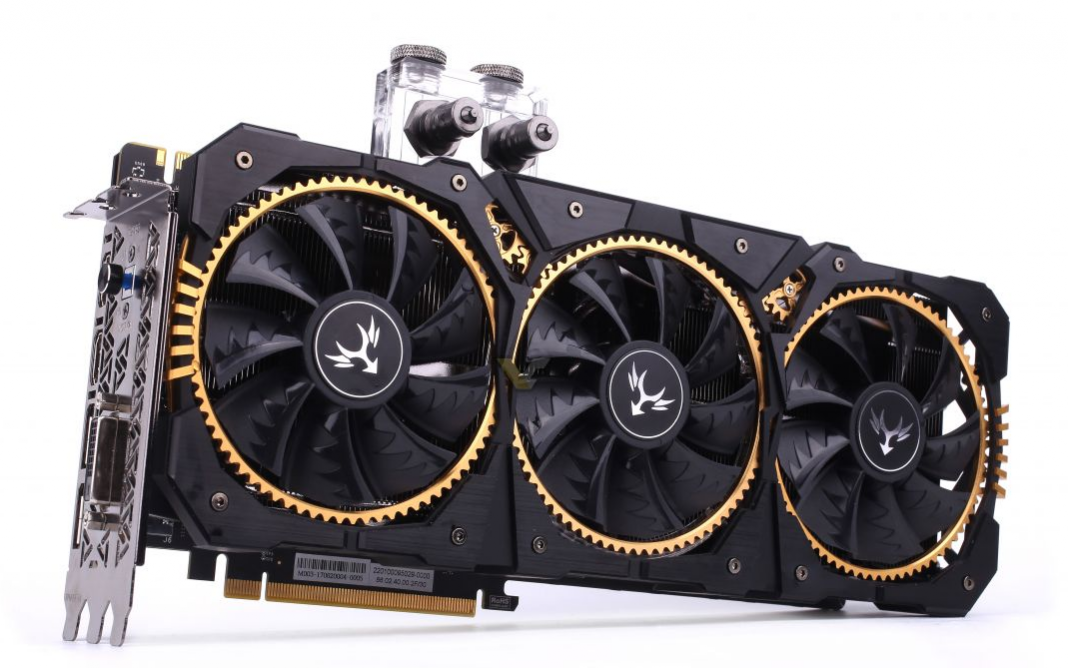 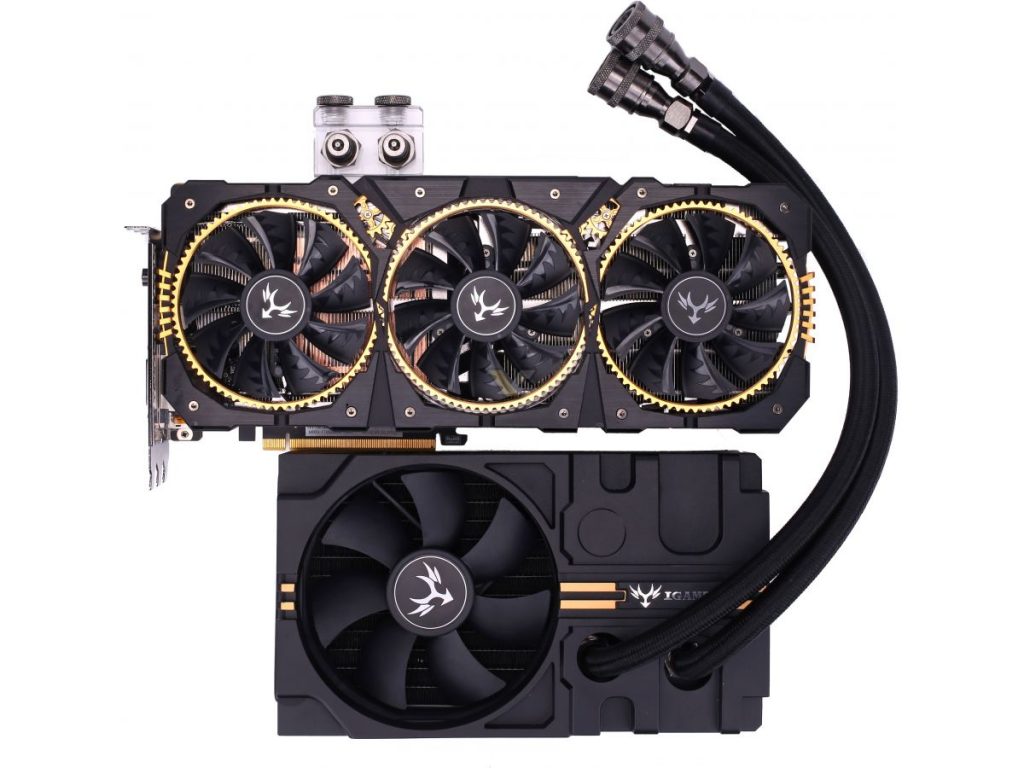 With regard to cooling solution, we have an aluminum radiator traversed by several copper heatpipes supported in a triple fan configuration, while underneath of graphics card you will find a water block for GPU attached to a radiator with a fan of 120 Mm where the tank and the water pump are also hidden.

Unfortunately, neither the VRM nor the price of the Colorful iGame GTX1080 Ti Kudan was revealed, but at least we know that it is powered by two 8 + 8-pin PCI-Express connectors, less than 8 + 8 + 8-pin Of the Lightning Z and the GeForce GTX 1080 Ti HOF, which is the second fastest GeForce GTX 1080 Ti with a difference of 25 MHz, although the final OC will decide which of the three GPUs actually hold for this title.