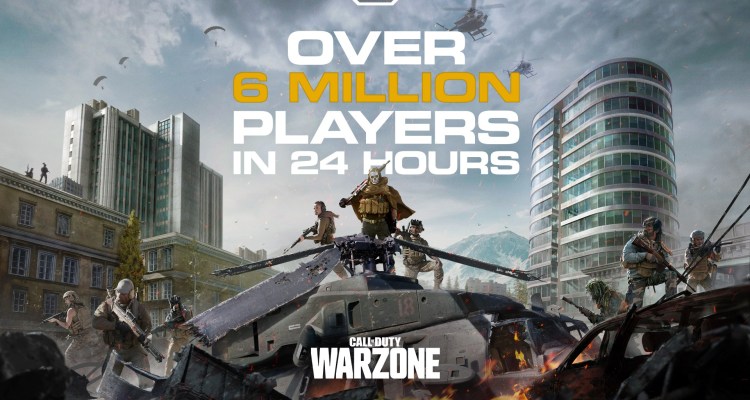 Activision and developer Infinity Ward newly launched Battle Royal, Call of Duty: Warzone  for PlayStation 4, Xbox One and PC via Battle.net has already registered six million players across all platforms in just 24 hours, and the number continues to grow as new players prepare to play it (some are still downloading due to its huge size, for those who do not have Call of Duty: Modern Warfare, its 86 GB). A well-deserved achievement for Infinity Ward.

Call of Duty: Warzone is a whole new experience from the world of Call of Duty: Modern Warfare, where up to 150 players can meet up with friends and land on a huge online battlefield filled with nonstop action and endless fun. At launch, players will unite and fight as a trio in two epic modes, including a remake of the popular Battle Royale survival mode with new and innovative ways to play, and an all-new original mode called Plunder, where teams battle to collect the most Cash in the game.

It’ll be interesting to see how Activision looks to carry this launch momentum forward.