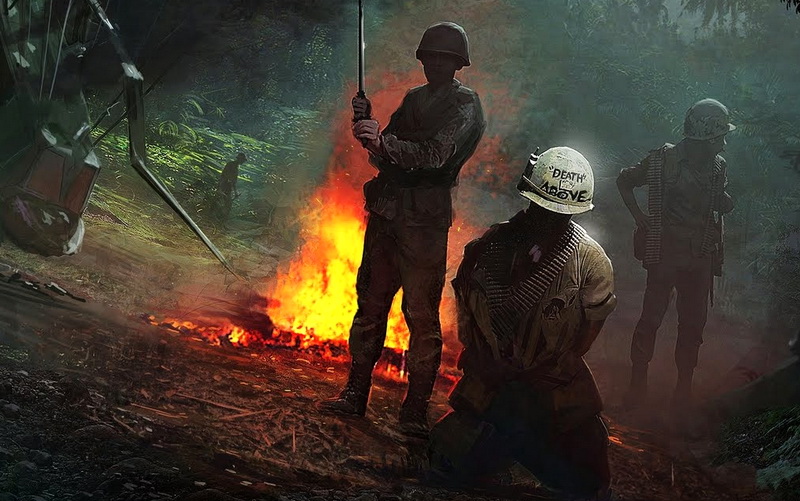 Call of Duty, one of the famous series in the history of shooter category is known for giving us some memorable titles such as the all time classic Modern Warfare.

However, things got worse in the last few years when the developers started releasing games set in futuristic wars with some highly advanced weapons and equipments, that led to most of the loyal Call of Duty fans to dislike the franchise, as we saw with the reveal trailer of Infinite Warfare.

It seems that the developers have started realizing that their fans want a COD game with a good story line and not featuring the futuristic warfare set in the space. According to the new reports, it is being speculated that the next year’s Call of Duty may be set in the Vietnam war that took place between 1955 till 1975. A few years ago, it was reported that the developer studio Sledgehammer Games was already working on a COD game set in Vietnam, taking us back in the famous war.

The project was known as “Fog of War“, set in Laos. However, the project was dropped later as most of the developers left the Infinity Ward studio due to some issues and formed their own game development studio known as Respawn Entertainment (known for developing Titanfall series) and the studio had to finish the development of Modern Warfare 3.

As we all know, the publisher Activision is known for rotating the COD series among three developers such as Treyarch, Infinity Ward and Sledgehammer Games, and the next turn will be of Sledgehammer games.

The report was published by FragHero, who claims that this time Sledgehammer games will be going back to its main idea of the Vietnam war which had to canned and may release a game which we all want. If these reports are to believed, then we may see Call of Duty back in action for real. We’ll keep you posted regarding the matter. Stay tuned for more updates!