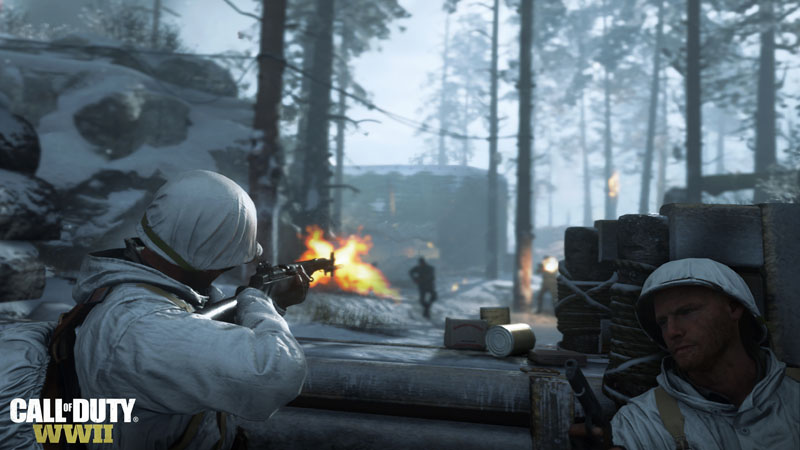 As we are aware of the fact that the beta for upcoming Call of Duty WWII is few hours away on PS4 and the developers had already announced that another beta will kick off next month for the Xbox One gamers.

However, the news is that PC players will also be getting their hands on the beta which will begin sometime in the coming month(s). The announcement was made by Michael Condrey, one of the developers from Sledgehammer Games while answering a question regarding PC beta of the upcoming WWII on reddit forum.

He didn’t reveal any further details related to the date of PC beta, but since it is confirmed, we might hear about it pretty soon. Apart from that, he also revealed some piece of information related to the game’s Airborne Division and weapon attachment options.

As per him, there will be new training skills with customization tools. He said,

“Airborne division is the only division that can put a suppressor on an SMG. You can take an SMG in another division, or take it as a second primary with Riflemen Basic Training skill, but they wont have the suppressor attachment option. There’s also Armed, a Basic Training skill that allows for an additional attachment, that you could take if you wanted more weapon customization slots.”

Activision seems to be serious about the new CoD game as the last game in the franchise, the Infinite Warfare received many negative reviews due to the game’s futuristic settings and optimization. While recently, it was confirmed that the franchise will be getting a documentary named as “CODumentary” next month.

Call of Duty WWII is scheduled for release on November 3rd, 2017 for PC, PS4 and Xbox One. Stay tuned for more updates!