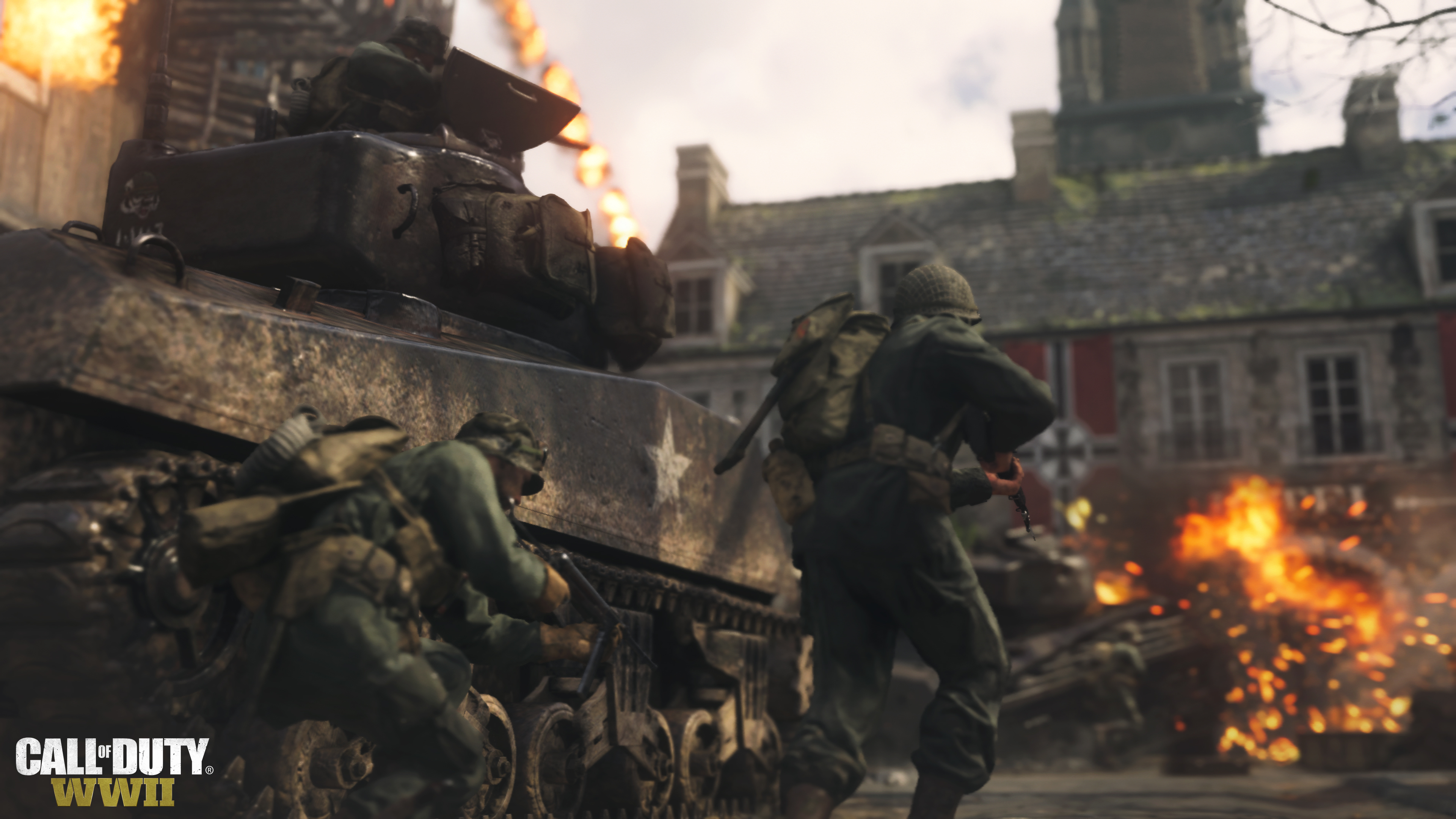 As announced by the developers, the upcoming shooter Call of Duty WWII is still a couple of months away from its launch but the title is about to get a beta next month for the PlayStation audience and later for other platforms as well.

While the developers have detailed the Call of Duty WII multiplayer mode divisions ahead of the upcoming beta which will be available to try out for the players. As per the details, the multiplayer mode will be having up to five classes and the division is based upon character’s specific abilities and specialties.

The Armored Division rely for the players planning heavy assault and equips them with extra bullet packs, anti-tank bombs, explosives, machine guns, flamethrowers and much more.

“This Division specializes in laying down a withering offense to buy their team breathing room. Their bipod-equipped light machinegun shreds lightly armored targets, while their armor protects them from enemy explosives, tactical equipment and flamethrowers. When extra punch is required, the Anti-Tank Grenade sticky bomb is the ideal choice.”

Secondly, the Mountain Division is suitable for the covert operations or gamers planning to user sniper class. It includes smoke grenades, mines to plant in the ground and also install recon planes to go invisible.

“Remaining undetected, this Division excels at covert operations and stealth gameplay. When armed with sniper rifles, the Mountain Division prefers to stay at a distance, waiting patiently for the perfect shot. If detected, smoke grenades and the S-Mine 44 “Bouncing Betty” provide opportunities to escape or retaliate.”

Third, the Airborne Division which allow players to take against the enemy positions and ambushing in the frontline with sub-machine guns. They can use flash to blind enemies, sprint faster and even climb certain objects.

“This maneuverable Division is usually the first to the fight, parachuting into the thick of the action. Armed with suppressed submachineguns, these frontline fighters excel at taking and holding enemy positions until more heavily armored reinforcements arrive.”

Fourth is the Expeditionery Division that is also a backbone for frontline ambushers as they supply players with equipment and explosives and are equipped with shotguns for close-quarter combat.

“Armed with a hearty supply of explosives and tactical equipment, the fighters specialize in sabotage, infiltration, and close-quarters combat. Their special Division Skill loads devastating incendiary shells into their shotguns to set fires and terrorize their opponents.”

Fifth and the last one is the Infantry Division that serves as a suitable class for players who can assault enemies from different ranges using bayonets and also come with extra bullet magazines.

“As all-around combat specialists, the Infantry Division emphasizes marksmanship and rarely misses their shots. Special training on the use of the bayonet makes Infantry riflemen a threat at all ranges.”

Call of Duty WWII is set for release in November 3rd, 2017 for PC, PS4 and Xbox One, while the beta is scheduled for next month. Stay tuned for more updates!