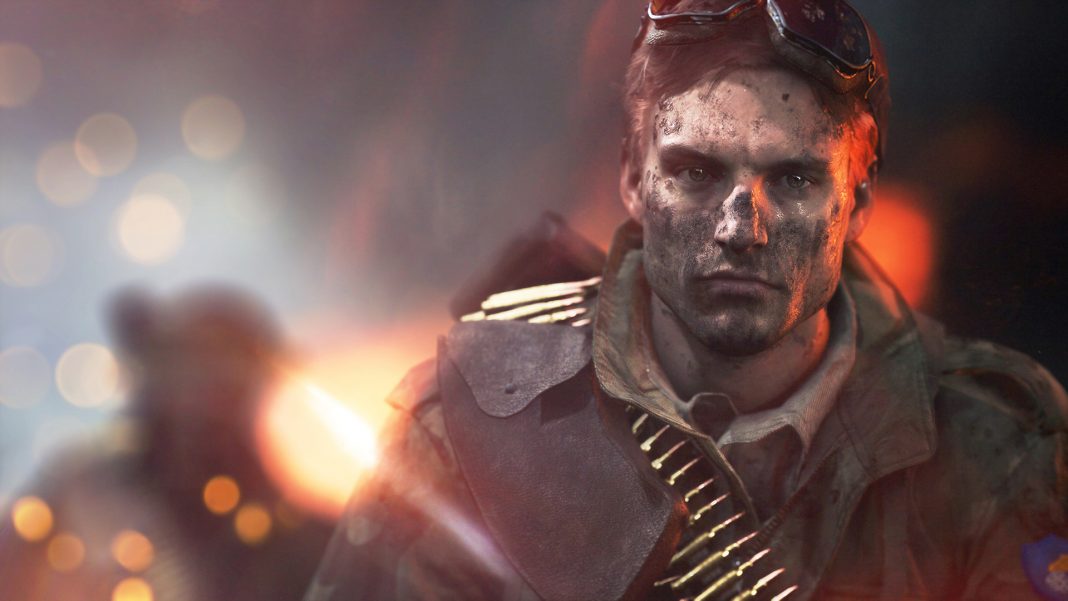 Revealed through the Resetera forums, the first closed alpha test for Battlefield 5 will start from today, exclusive for PC. At the moment it is a test that can be accessed by invitation and will only be available for Europe and North America.

The minimum and recommended system requirements of this version have also been revealed, along with some details of what will be included in these items. 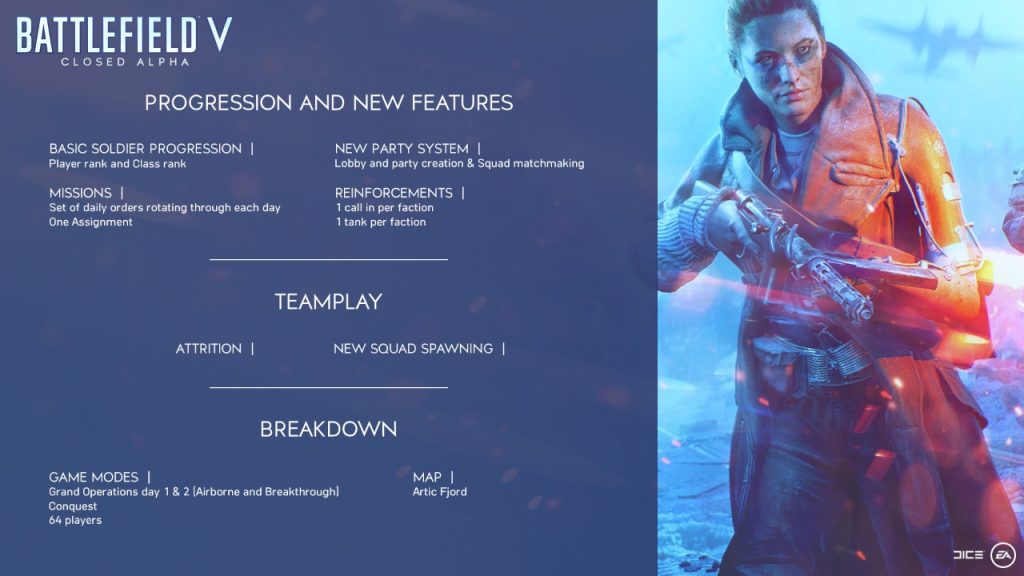 According to the publication, the main objective of this alpha is to test the resistance limits of the servers, adjusting the stability and the balance during several moments of the test.

There will be two modes available: Conquest and Grand Operations, and can only be played on the Arctic Fjord map. The episode of Grand Operations will be titled Fall of Norway and will allow you to enjoy two of the days of the campaign: Airborne and Breakthrough.

In the Airborne you can parachute into the battlefield to eliminate enemy artillery, or defend this attack if you are in the other team, while in Breakthrough you have to capture sectors as an attacker and prevent the advance of the enemy as a defense.

Below we offer the first details of system requirements for this game, and finally, a complete list of equipment available during this alpha. 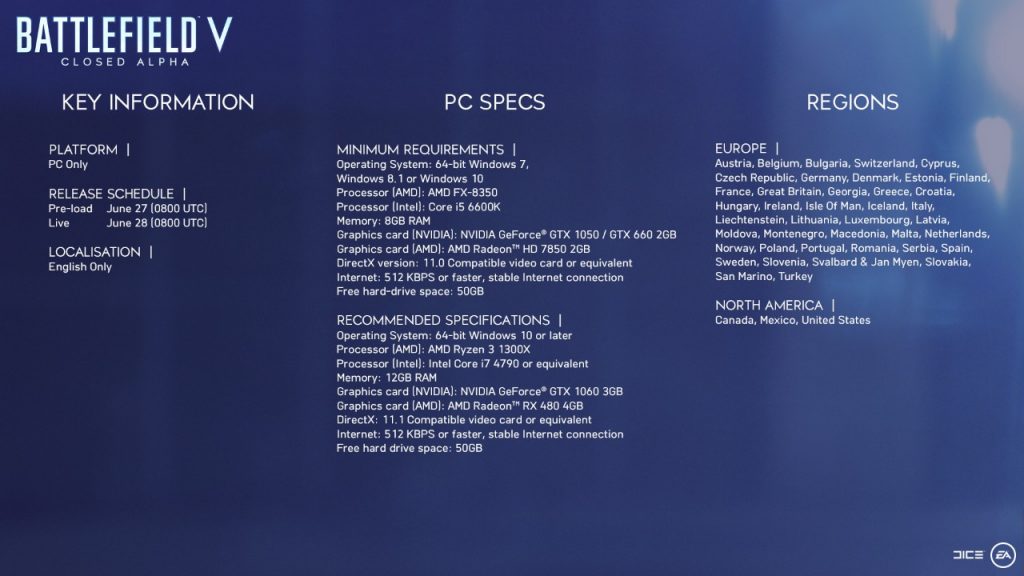 All test guests are allowed to share gameplay videos and make live broadcasts, so we expect a lot of material soon on this anticipated game.