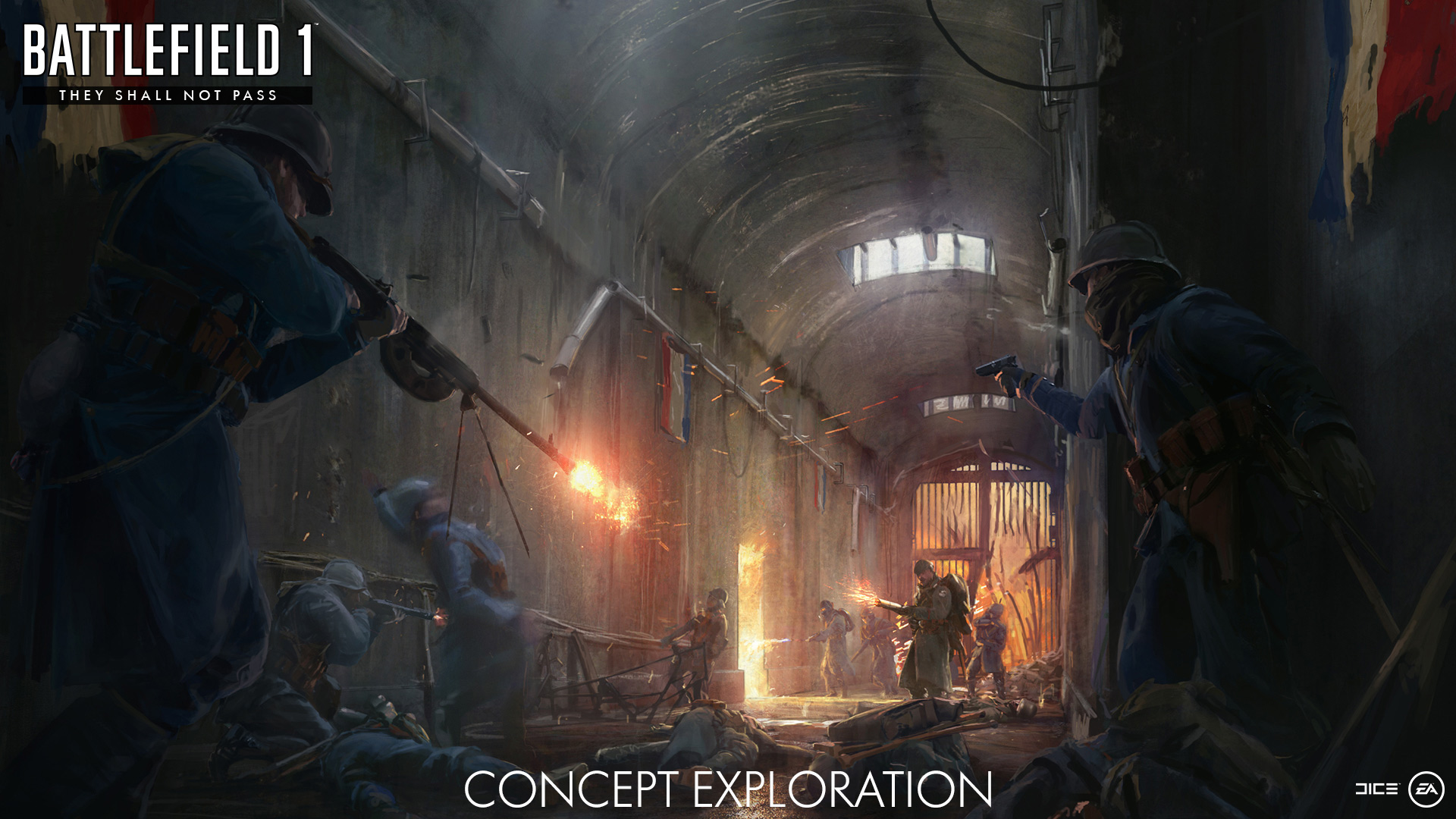 DICE’s most recent shooter, the Battlefield 1 is set to get its first downloadable content, entitled “They Shall Not Pass” later this month. The developers have finally announced the release date and first official trailer of the DLC.

According to DICE, the Battlefield 1 DLC will be released on March 28th, adding new weapons, maps, the French Army, vehicles and much more to the game. For the premium pass holders, the release date is March 14th. Check out the trailer of DLC, “They Shall Not Pass” below;

The French Army was supposedly the part of game’s original release, but for some reasons, the army was made the part of the game’s first additional content. Moreover, the DLC adds two new operations called Devil’s Anvil and Beyond the Marne, a new Elite class while one game mode called as “Frontlines”, which is the mixture of Conquest and Rush.

They Shall Not Pass is one of the four downloadable contents for the Battlefield 1, and the remaining three are Tsar, Turning Tides, and Apocalypse. The upcoming DLC is Tsar, and will include the chapters of Russia, Turkey, Belgium and other areas as well.

In the other news, DICE has started free Battlefield 1 ten-hour trial starting today March 3d, running until March 6 for PC and Xbox One gamers. The trial will include four multiplayer modes on five maps, and two chapters from the single-player mode. The free trial is now accessible from here.

Battlefield 1 is now available for PC, PS4 and Xbox One.