One of the most anticipated shooter of this year, the Battlefield 1 is scheduled for worldwide release next week. The First Game Trial is now available for Xbox One gamers and PC subscribers of the EA Access and Origin Access, that allows 10 hours of access to the game, including 5 multiplayer maps and first 2 single player campaign missions.

These benchmarks show the lead of GeForce GTX 1080 against all the graphics cards, including AMD’s Radeon R9 Fury X in all the three display resolutions. Starting with the Full HD 1080, any GPU above the GTX 780 and RX 470 is capable of delivering frame rates above 60. Even the 4 years old R9 280X manages to get fps between 50 to 55 on ultra settings, and if overclocked a bit, can further push it around 60FPS as well. 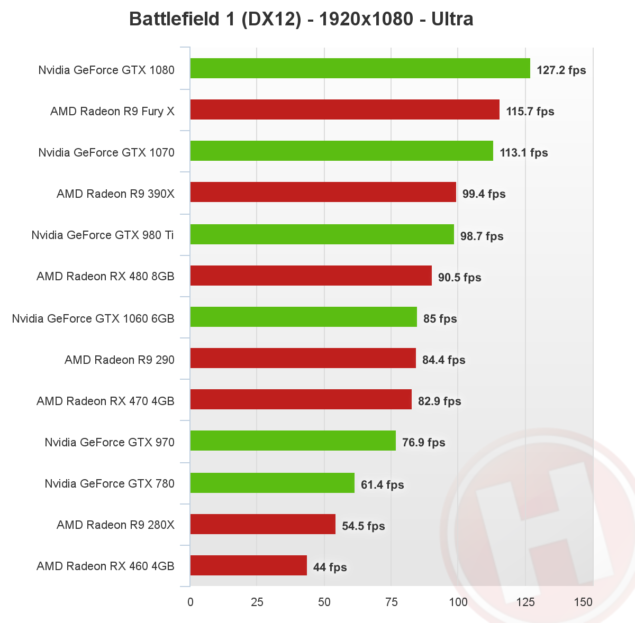 Interestingly, the GTX 780 which used to be a performance leader and more costly during its time is now delivering around 61 fps on average, just a bit more than the old Tahiti-based R9 280X. Even the R9 290 delivers higher frame rates than the popular GTX 970, while the R9 390X just outperformed the GTX 980 Ti with a very close margin. We can say that the Battlefield 1 on DirectX 12 shows the best of the AMD as compared with the GPUs of NVIDIA, considering the release time frame and the price. 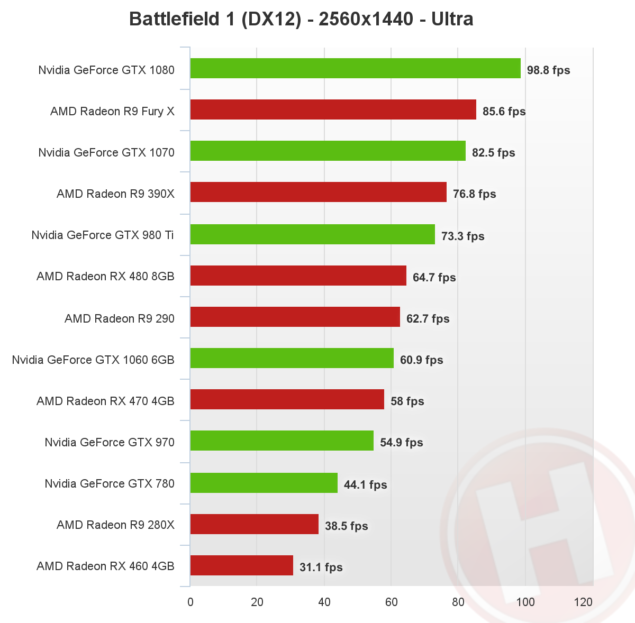 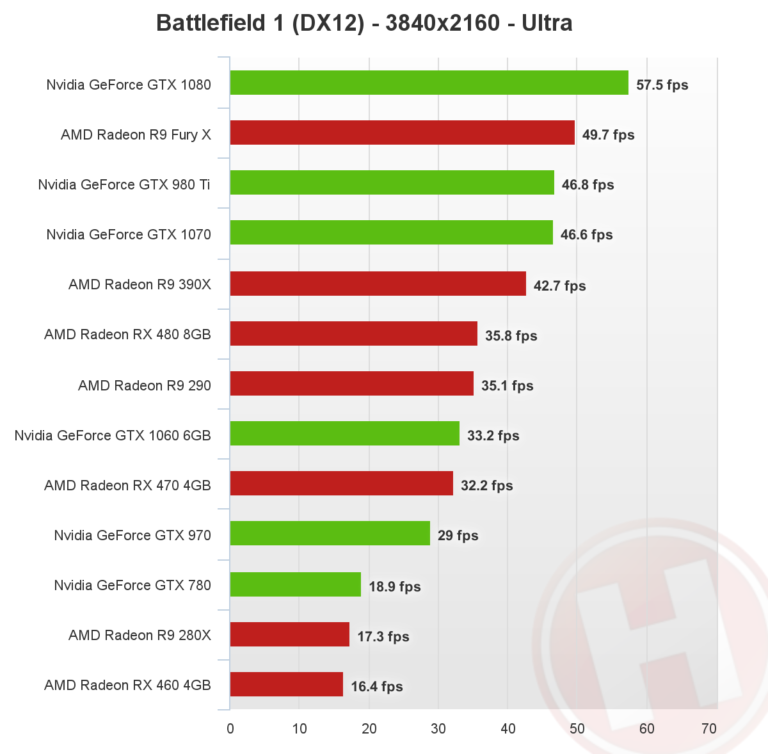 The Hardware.info also published Battlefield 1 gameplay at 4K resolution, showcasing the game’s image quality at ultra settings, which can be checked below;

Battlefield 1 DirectX 12 Performance per Dollar comparison relative to the GTX 1060 was also shared by the forum on all the three resolutions where RX 480 leads the camp. 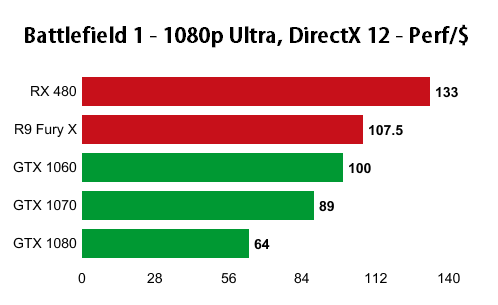 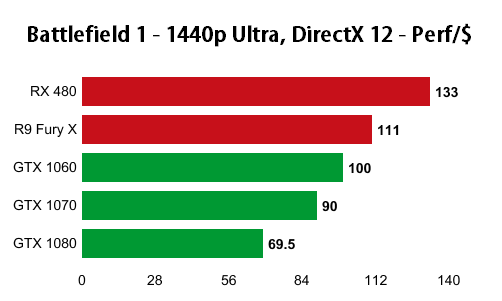 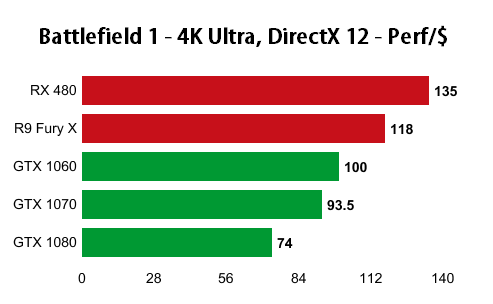 The game is scheduled for release on October 21st for PC, PlayStation 4 and Xbox One. Stay tuned for more updates!