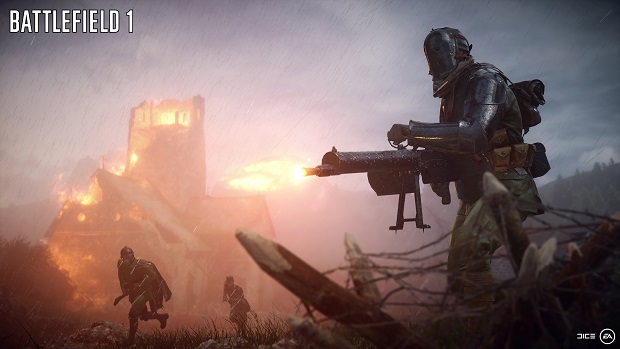 DICE, developer studio behind the famous shooter of last year, Battlefield 1 released the first expansion pack for the game entitled “They Shall Not Pass” which introduced the French army, along with some new tweaks and fixes.

The developers decided to discuss the new resupply mechanic called as Ammo 2.0 which is focused to increase the utility of game’s Support class. On the Reddit forums, DICE highlighted the issue with the resupply system in the previous update and said that the Ammo 2.0 will be helpful to the support class as they have realized the count time for maximum ammo resupply.

Below are the goals of Ammo 2.0 listed by DICE on Reddit forums;

DICE also explained how the Ammo 2.0 will solve issues and accomplish the above mentioned goals. They have planned to add a cooldown based system for the ammo gadgets which will benefit the ammo box for a shorter period.

“With the cooldown giving small amounts of ammo over the long term, we can reduce the starting ammo of many gadgets, making having ammo most important during a fight instead of after.”

DICE want Support class to increase the effectiveness of other classes such as Assault in providing the required ammo so a few Assault classes required with ammo would be enough to blow up a tank or the players manage to tackle a bigger ambush with a good squad framework. According to DICE, the cooldown system is not new to the Battlefield players since its already being used with the medkits, syringe, mortar, periscope, and more. The studio has witnessed up to 7% decrease in grenade per throws and grenade per kill in every map since the launch of expansion “They Shall Not Pass”.

They currently have future plans for the Ammo 2.0, such as expanding the support to all the gadgets, changes in cooldown speed and more. While they also welcome the feedbacks or suggestions related to the Ammo 2.0 in order to improve the gameplay. Check this page for complete details on the Ammo 2.0.