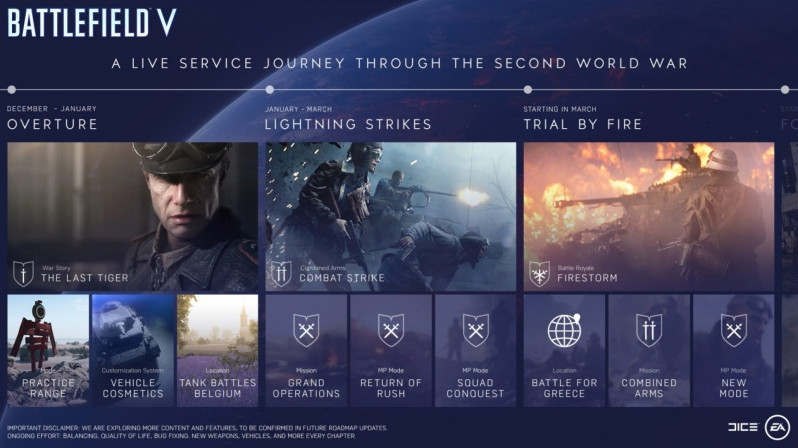 A few weeks ago we first time heard Firestorm, the name given to Battle Royale mode of Battlefield 5, but there is very bad news for those who wanted to try something other than Fortnite or PlayerUnknown’s Battleground, it seems that everything was a very forced announcement by of Electronic Arts and DICE to monopolize the attention and the pre-orders, because this game mode will not be available in the game until next year, specifically will be released in March, 2019, that is 4 months after the game launch.

Remember that the Battlefield 5 developed by DICE with Criterion Games, and at least its online mode will allow 64 people to play.

Obviously the one that comes out reinforced here is the Call of Duty: Black Ops 4, which arrived exactly 12 days ago with its Battle Royale mode already integrated, the Blackout. It is limited to 80 players, but it is playable from the first day, and it will be a matter of time until it is updated to allow a maximum number of 100 players like the rest of the games of the same mechanics.