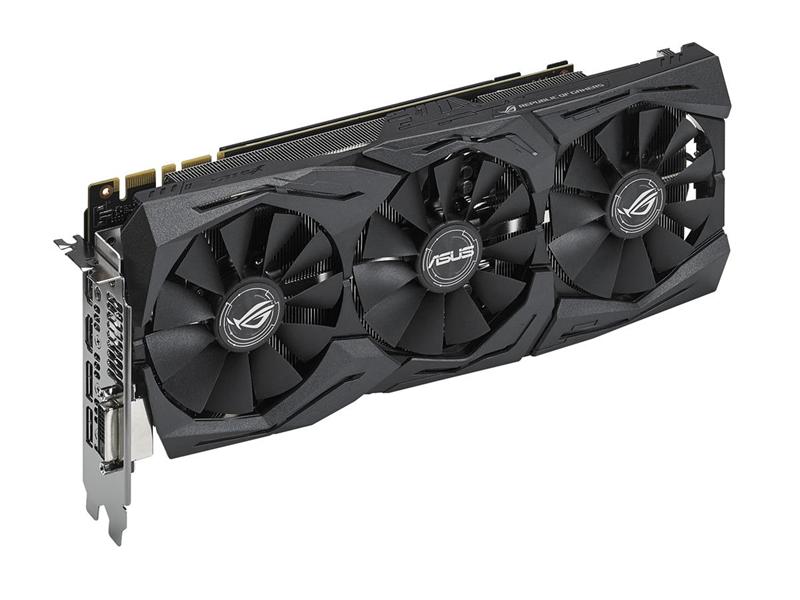 The Asus Strix GeForce GTX 1080 Ti features a custom PCB where it mounts a powerful 10 + 2-phase VRM power supply backed by premium Super Alloy Power II components to ensure high Overclocking frequencies, stability and long service life. The new flagship graphics card features a new cooling system supported by aluminum radiator, which gains several millimeters of thickness with ” MaxContact ” technology, where, according to the company itself, they improved copper Heatpipes, with a surface 10 times flatter, offers double the area of ​​contact with respect to the traditional heatpipes improving the dissipation of the heat.

All this is cooled by a triple fan configuration that promises to be 30 percent quieter than GeForce GTX 1080 Ti reference variant cooling system. It is expected to go on sale in April as well with many other models from other manufacturers.