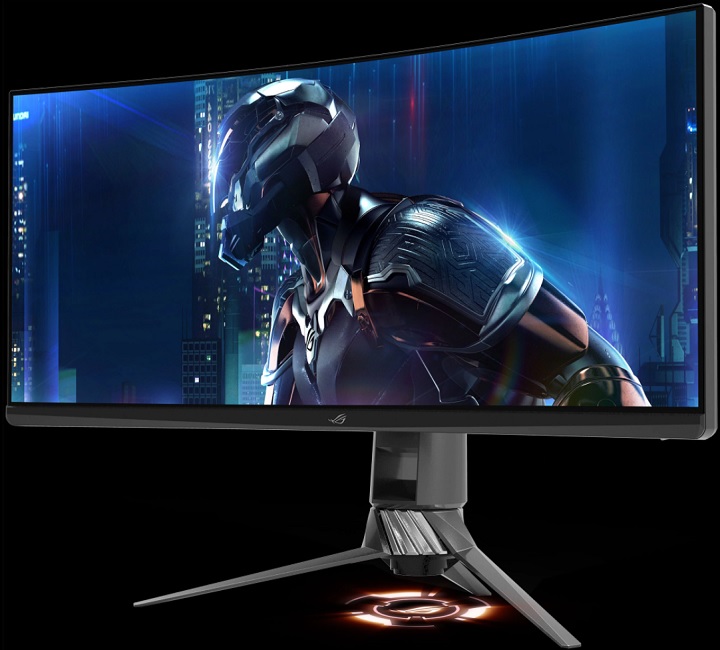 Among other features of the monitor you will find HDR10 standard support for Quantum Dot technology, which provides a richer picture and complete coverage of the DCI-P3 color space. More technical specifications of the display will be available on the manufacturer’s website in the near future.

Since the PG35VQ is an Asus ROG part in the year 2017, there’s Aura-compatible RGB LED illumination as part of the package. The monitor’s stand shines a ROG logo down onto the supporting surface and the back of the monitor sports a large ROG logo backlit with RGB LEDs.