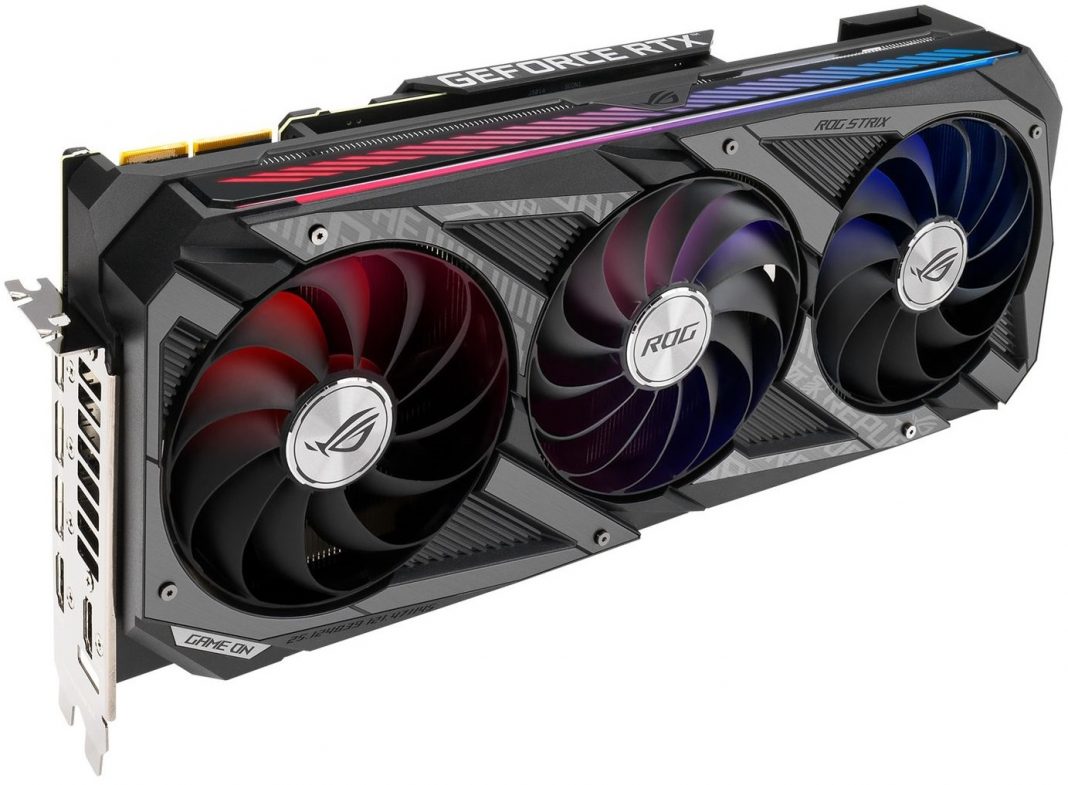 Asus has also gone ahead and showcased its new Nvidia GeForce RTX 30 Series graphics cards, based on the Ampere architecture. Of course, they did not reveal the full specifications including, frequencies, consumption and the price.

Asus ROG Strix GeForce RTX 3090 will be powered through triple 8-pin PCI-Express connector configuration, and it is normal if we listen to the rumors that the most advanced GPUs would consume up to 500W of power. Despite this, do not panic, as even Asus reveals that these GPUs offer up to 90 percent extra performance per watt consumed compared to the previous generation of GPUs, so they even allow you to play at 8K resolutions.

Asus ROG Strix GeForce RTX 3090 graphics card is equipped with a huge aluminum radiator cooled by two 11-blade fans along with a third 12-blade fan designed for high static pressure. All this makes it occupy 2.9 PCI expansion slots. We have Dual BIOS to choose between “performance” and “quiet”, ARGB LED lighting, and an aluminum backplate to reinforce the PCB.

Below, we have the Asus TUF Gaming GeForce RTX 3090 with cheap cooling system with less dose of overclocking with dual configuration of 8-pin PCI-Express connectors. RGB lighting is pushed to the backplate with the small TUF logo illuminated at one end of the GPU. At least they maintain the dual BIOS and triple fan cooling. 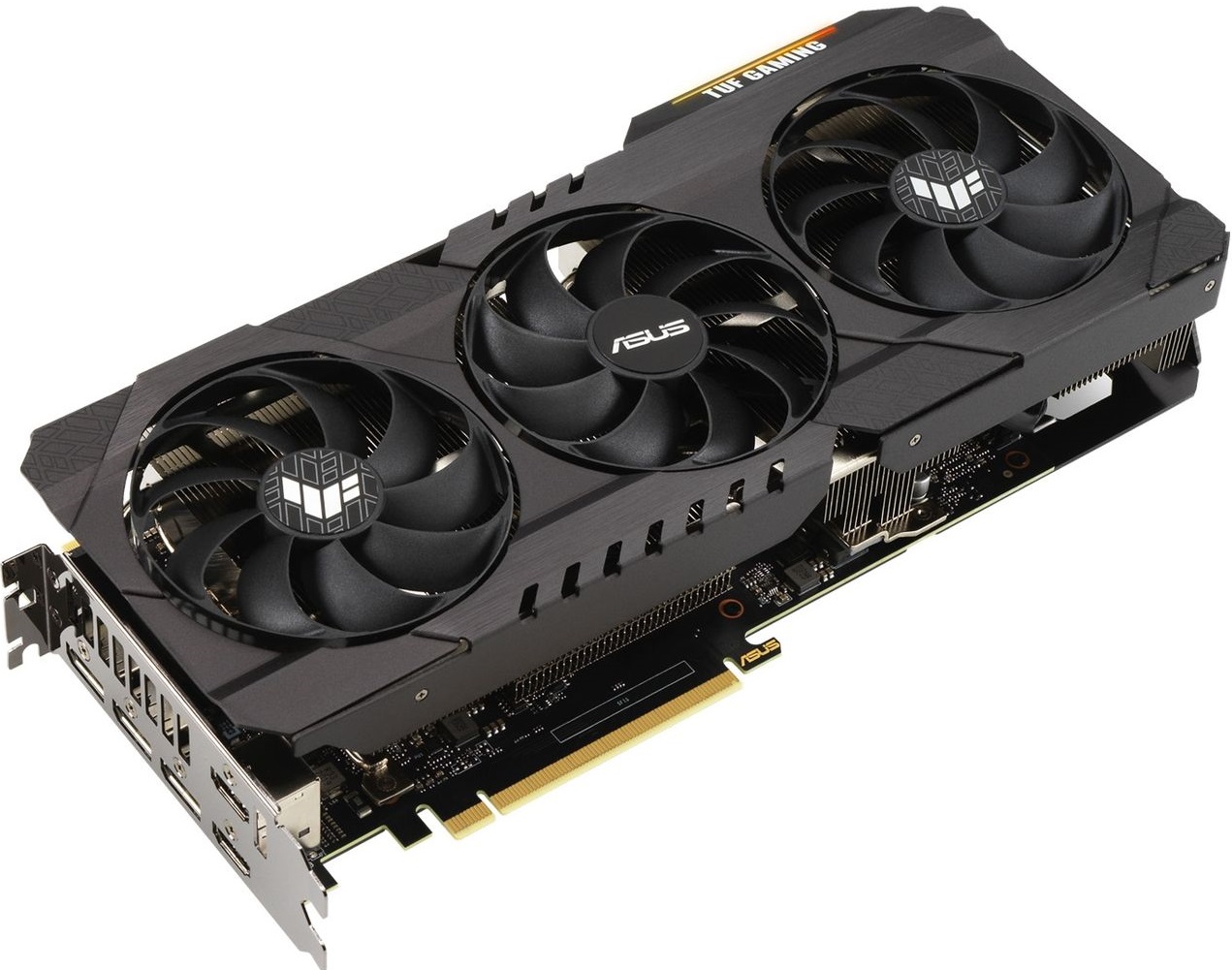 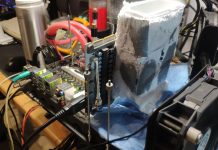