Today we have leaked details of ROG Crosshair VII Hero, a high-end motherboard for the new generation of AMD 2000 series Ryzen processors. The new flagship AM4 socket motherboard from ASUS camp supported by a 12-phase power VRM, with four DDR4 DIMM slots, and an AMD X470 chipset that gives life to three PCI-Express 3.0 x16 slots (the first two reinforced in steel) with two PCIe x1, while, in regard to storage, we have six ports SATA III 6.0 Gbps with two M.2 ports. 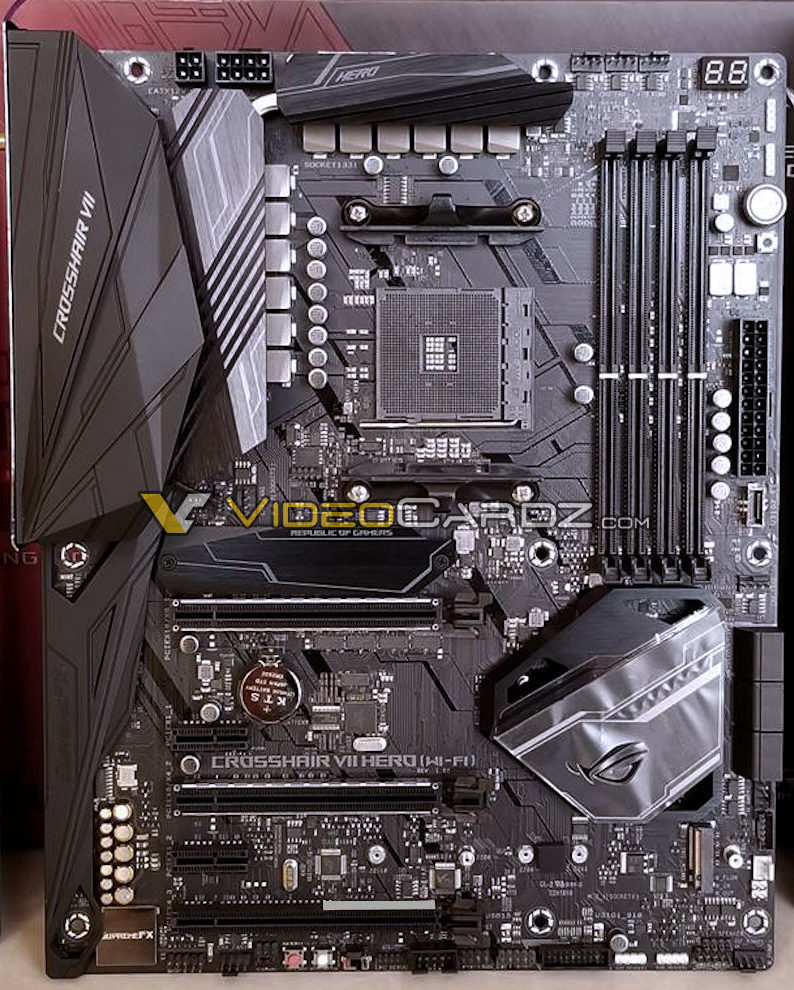 The motherboard comes to life through an interesting configuration of a 24-pin ATX connector backed by two EPS 8 + 4 pins, we also see how the VRM is properly cooled by a generous aluminum heatsink attached to a smaller one by means of of a copper heatpipe. The motherboard also features a dedicated sound card in the form of SupremeFX, a display to show system information, three 4-pin connectors to connect PWM fans, 802.11ac WiFi connectivity + Bluetooth, a large number of USB 3.0 ports and RGB LED lighting attached to the chipset heatsink and in the housing that covers the rear panel.