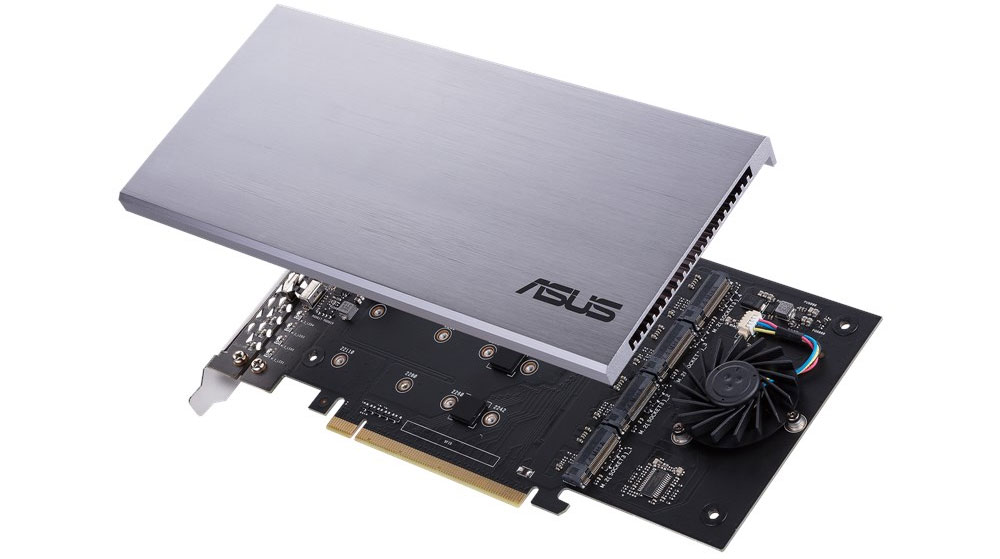 ASUS Hyper M.2 x16 Riser Card, a unit that allows mounting up to four M.2 NVMe drives, which will only be compatible with Intel X299 chipset motherboards.

Storage cards for the M.2 NVMe drive are increasingly being requested, for special systems such as Workstation or similar. Asus, for these users has announced the Asus Hyper M.2 x16 Riser Card. This special card developed by the company allows to install up to four NVMe units in RAID configuration in a single PCIe port. This high performance unit supports M.2 drives up to 110mm in length. 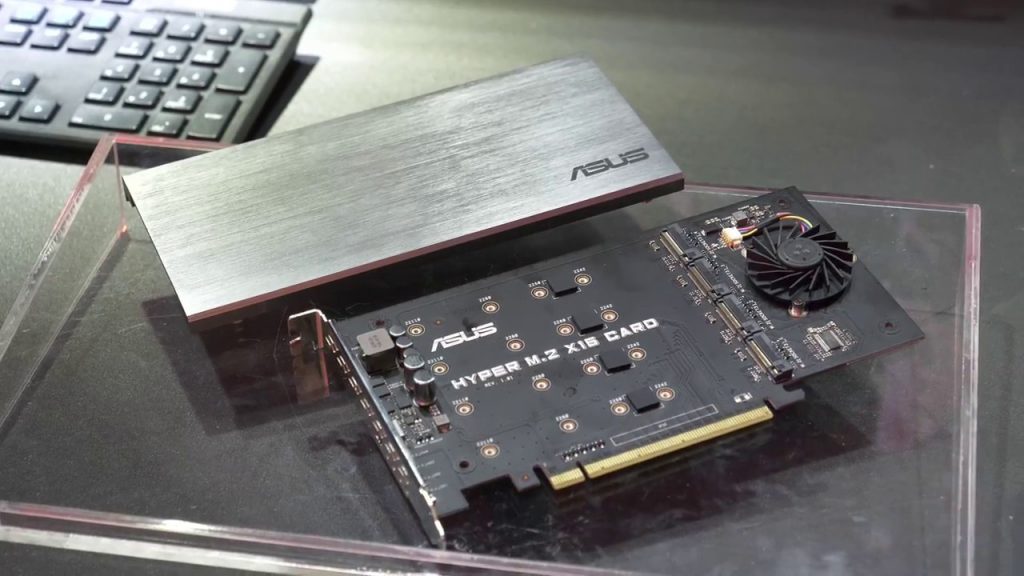 ASUS Hyper M.2 x16 Riser Card has a connection port PCIe 3.0 x4, where we can install four units M.2 NVMe, reaching units up to 32Gb / s. Perhaps the most negative point is that this unit does not have HBA logic, it only has a separate power circuit for each of the four units and has a status LED, which indicates if it is in operation. In addition, there is a brushed aluminum cover that acts as a heat dissipation system, to control the temperature of these units.

In addition to the heatsink, a blower type fan is provided, which allows the generation of a large airflow to insure lower temperatures, as M.2 units has a significant temperature problem, which causes lower the performance. The card has dimensions of 202mm in length and 96mm in height, while the thickness is only one PCI slot. The problem with this unit is that it will only be compatible with Intel X299 chipset motherboards. No details on price and release date.