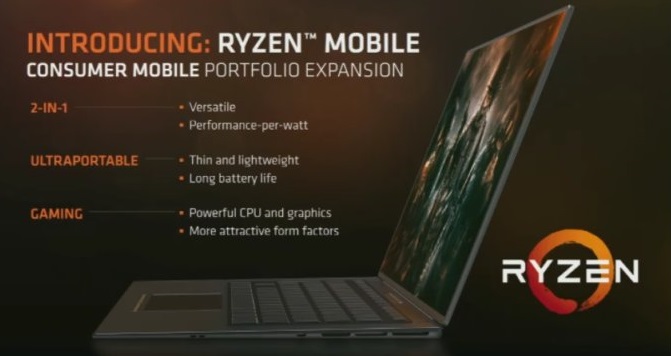 AMD Ryzen processors for the notebook market will not be available until the end of the third quarter of this year, but at the end of this month at Computex 2017 we will see the first ASUS gaming notebook with not only an AMD Ryzen CPU, but it would also be accompanied by the new and more advanced graphics of the company based on Vega architecture.

The most outstanding feature of AMD Ryzen desktop CPUs is power consumption, and its portable variant will follow the same path, a proof of this is that we will have fairly thin gaming laptops. The AMD Vega graphics architecture will allow these new laptops to be 40 percent more powerful, adding to the Zen architecture will add an additional performance improvement of 50 percent, while consuming half of energy compared to current AMD 7th Generation Bristol Ridge APUs.

The Ryzen CPU is AMD’s latest salvo in its long-fought war against Intel, and, based on benchmarks, the closest its ever gotten to Intel’s performance at a lower cost.