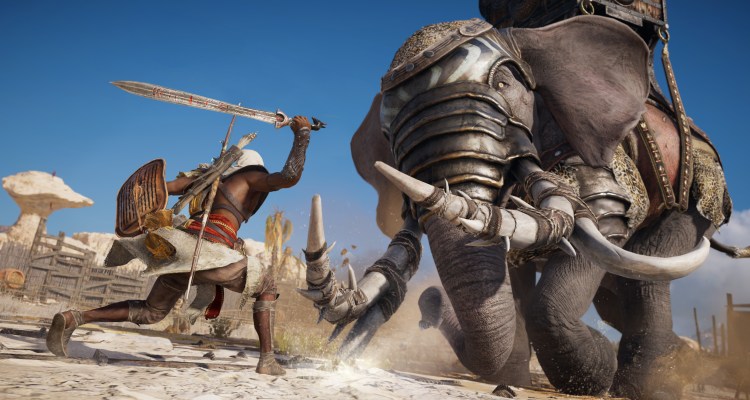 After releasing the trailer ‘Welcome to the Brotherhood‘ and gameplay video focused on stealth, Ubisoft today released the official system requirements to enjoy the promising latest iteration of the saga of the Assassin’s Creed.

In fact, these requirements seem a bit disconcerting at how low they are, and it is very unlikely that they reflect what Origins really requires to run decently. Hopefully this time we will receive a must better optimized game than Unity or Syndicate. To play at 4K resolution, it is known that you need a Core i7 and GTX 1080 to reach 40fps in 4K with Ultra details and FXAA, and a GTX 1080 Ti to reach 50fps + with the same level of graphics settings. We mention it because the official system requirements only mention 720 with low details, and 1080p with high details.

While the port is again in charge of Ubisoft Kiev, Montreal studios have collaborated to ensure a better PC optimization. In addition, Assassin’s Creed: Origins will have the option of dynamic resolution. Finally, similar to For Honor, Rainbow Six Siege and Far Cry Primal, Assassin’s Creed: Origins will also have an in-game benchmark tool, which is always most welcome among users to measure the performance of their PCs as well as for those who perform hardware analysis.

We do not want to prejudge these requirements anyway. We will see if Ubisoft finally optimizes an Assassin’s Creed: Origin on October 27, when it will be released on PC, Playstation 4 and Xbox One.