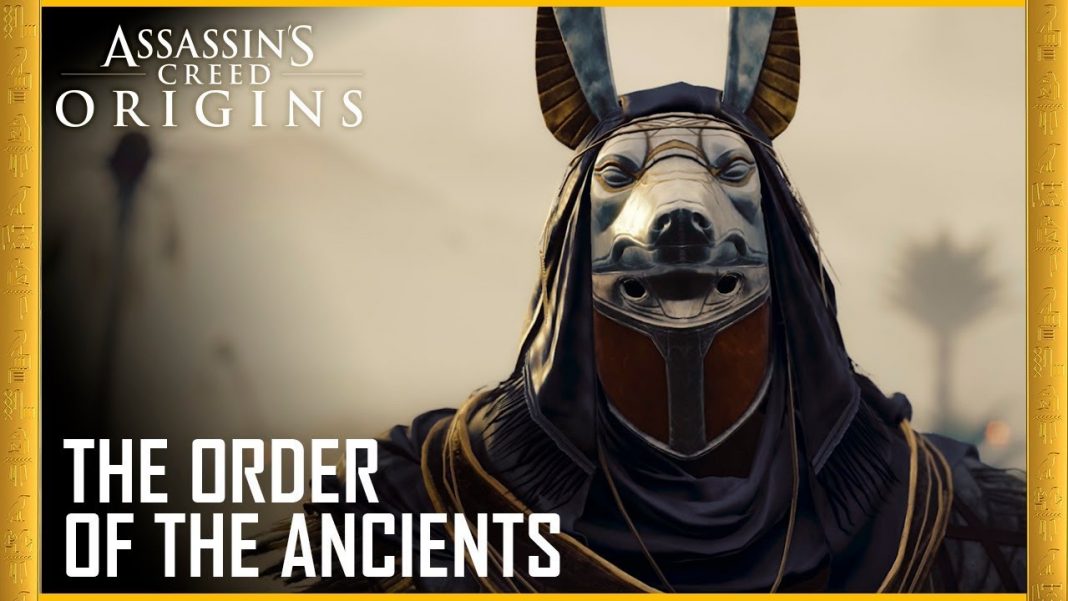 Ubisoft premiered today a new preview video of Assassin’s Creed Origins, the anticipated return of the acclaimed Ubisoft Montreal franchise that will be available for Xbox One, PlayStation 4 and PC on October 27, and for Xbox One X on November 7.

The trailer will lead us to know closely the Order of the Ancients, a mysterious force that controls the destiny of Egypt from the shadows.

In Assassin’s Creed Origins action takes place in one of the most enigmatic places in history, during a crucial period that will shape modern civilization. Assuming the role of Bayek, a protector of Egypt, whose personal story will lead to the creation of the Brotherhood of Assassins, players will immerse themselves in a lively and systematic world open to discover the secrets behind the pyramids, forgotten myths, the last Pharaohs and, engraved with lost hieroglyphics, the story of the origin of the Brotherhood of the Assassins.

Assassin’s Creed Origins offers a new insight into the franchise, which includes action RPG elements in which users will level up, gain rewards and choose their skills to customize their own Assassin. In addition, they will be able to experience a new combat system that will allow them to attack and defend from multiple enemies at the same time and use extremely rare weapons against powerful and unique bosses; an enhanced narrative experience allows total freedom for players, allowing them to choose and complete missions at their own pace, each telling an intense and emotional story full of colorful characters and important goals.

With a whole country to explore, from the ardent deserts to the exotic oasis; from the Mediterranean to the tombs of Giza, players will face dangerous factions and beasts as they discover the secrets of this huge and unpredictable land.