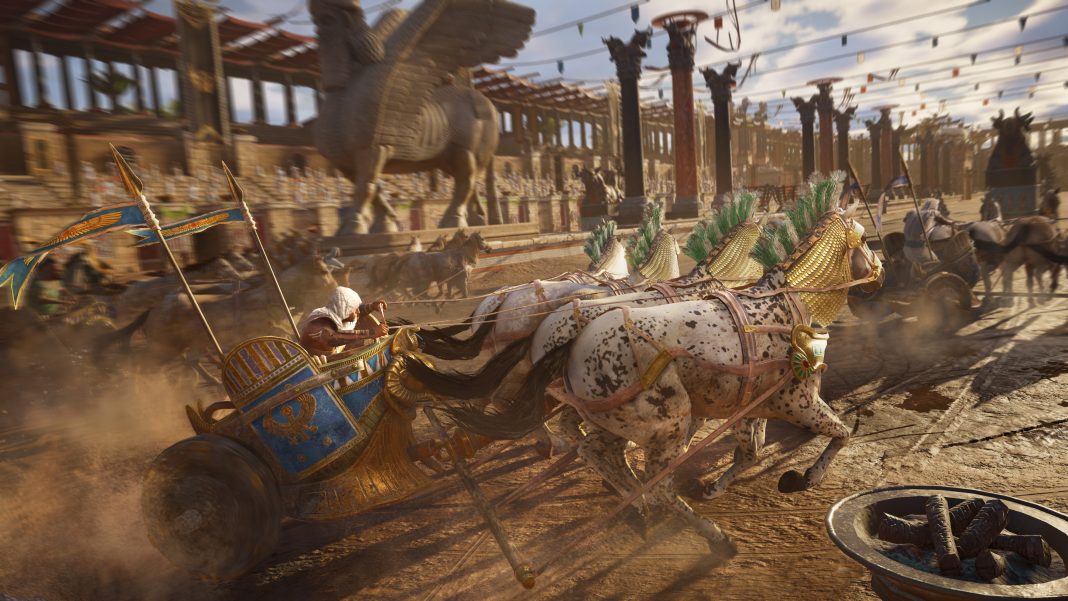 As part of Gamescom 2017, Ubisoft revealed details contained in the new trailer and screenshots for Assassin’s Creed: Origins, the new addition to the multi-award-winning and well-known Assassin’s Creed franchise.

In the most recent trailer we can see that some historical figures could appear during the Bayek crossing in ancient Egypt: we see important figures of royalty in their palaces, we observe a monarch who could be Cleopatra, we glimpse a Roman commander who Appears to be Julius Caesar giving the order to attack Alexandria, as well as a mysterious figure who wears a mask similar to the famous mask of the Pharaoh Tutankhamun.

Music by the powerful track “You Want It Darker” by the renowned Leonard Cohen, the new trailer for Assassin’s Creed: Origins represents just a glimpse into the vast world built by Ubisoft in which we learn the story behind the most famous assassin order of Our times and its founder, Bayek.

Also the game director Ashraf Ismail says, that Assassin’s Creed Origins will have the series biggest map to date.

“Ancient Egypt meant many things for us; it meant cities, but also wilderness, and we wanted to show the diversity of this wilderness,” he says on the Ubisoft blog. “And people, as they play the game and get into hours and hours of it, they’re constantly seeing new stuff from the world and the environment.”

Making a world this big, Ismail adds, is an effort to keep players lost, constantly exploring the map for “hours and hours.”

“When you compare the game’s map to the real-world map, when you look at it very quickly, you feel like this is Egypt,” resident historian Maxime Durand says.

Assassin’s Creed Origins will be released for Xbox One, PlayStation 4 and PC on October 27, and for Xbox One X on November 7.