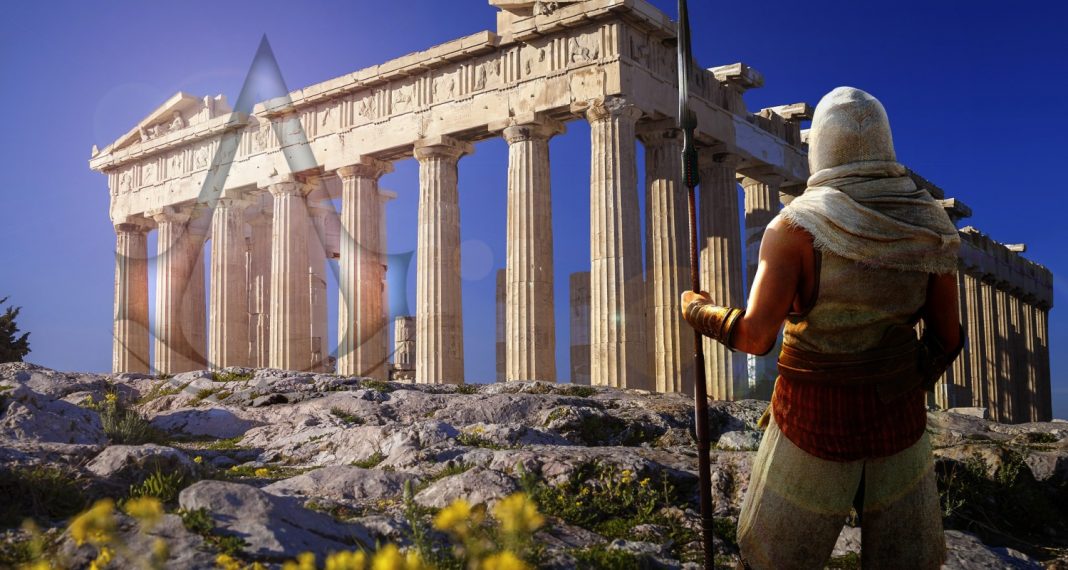 We arrived at the season of the year where rumors began to appear about the next iteration in Assassin’s Creed series, which as everything indicates, will continue with this new tradition of leaving a year of rest to return big in 2019. The rumors of the new delivery come from Liam Robertson, responsible for none other than the popular channel Unseen64 who cite “several sources linked to Ubisoft” support this claim.

The new Assassin’s Creed will take place in ancient Greece, continuing a rumor that emerges from the first signs of Origins, in 2015. Sources indicate that Greece was in full development and was to be included in the huge maps of Origins, but finally Ubisoft decided it was worth saving for another game.

According to Robertson, the new Assassin’s Creed location would have already been hinted by the series artistic director, Raphael Lacoste, through his Twitter account, when he posted an image of Meteora, Greece.

The new title would have gone into production priority in early 2017, before the launch of Origins, and with plans to be launched for the current platforms.

Considering that all these are mere rumors, it is worth noting that these same sources also revealed Origins data in past, such as location and final name, long before the official announcements, so it is a good start to anticipating the new delivery of the saga of the Assassin’s.

Previously, there was also rumors of another Assassin’s Creed entitled Dynasty, which would be set in China, although it could be another spin-off of the series as in the case of the Assassin’s Creed Chronicles trilogy. It will be a matter of being patient and corroborating the authenticity of such rumors, or waiting for their official announcements within several months, or years.