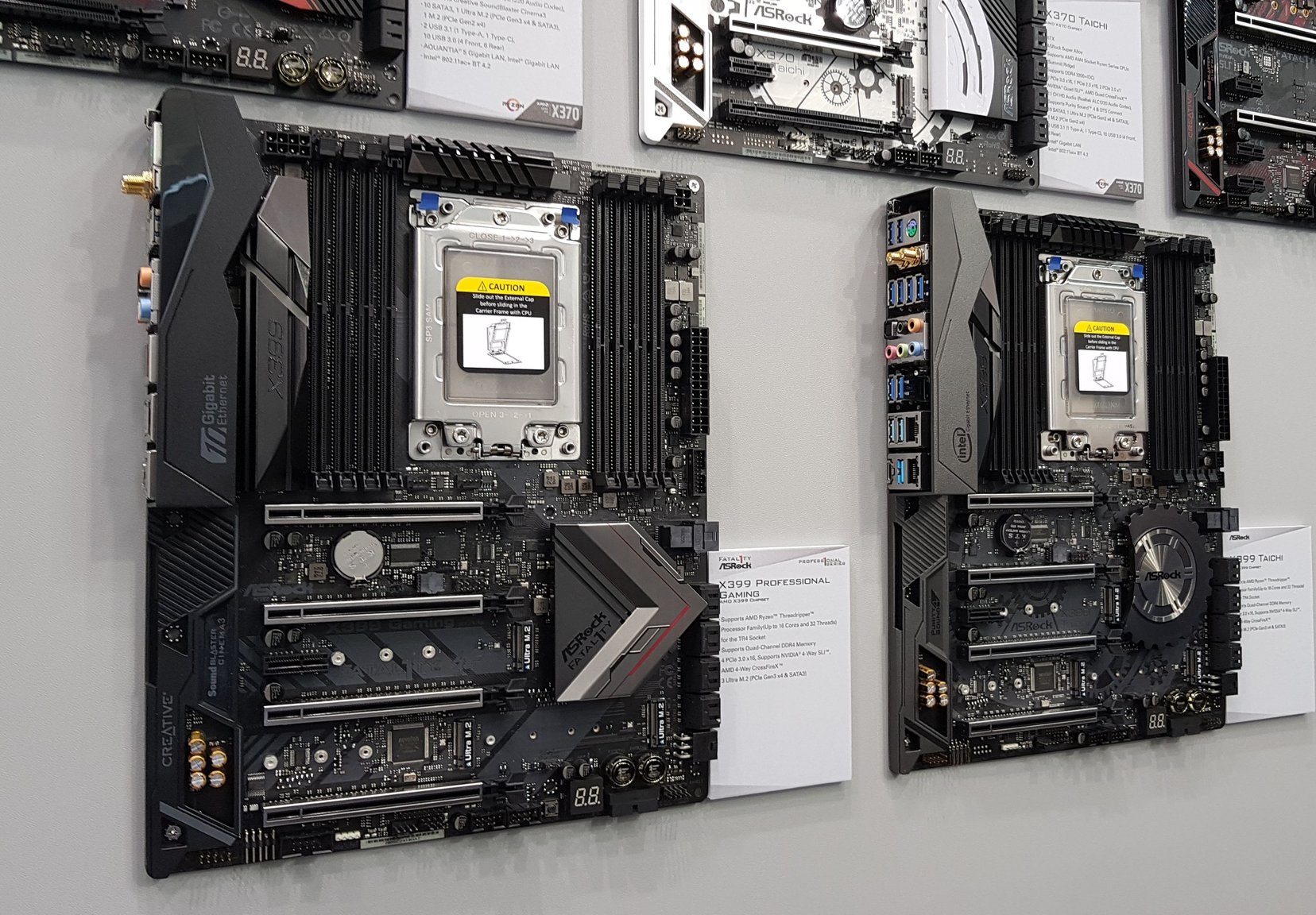 At Computex 2017, ASRock and ASUS presented their first motherboards based on for AMD Threadripper processors. New items are equipped with 4094-pin CPU Socket SP3r2, also known as TR4 and will go on sale shortly after the official debut of the new CPU. 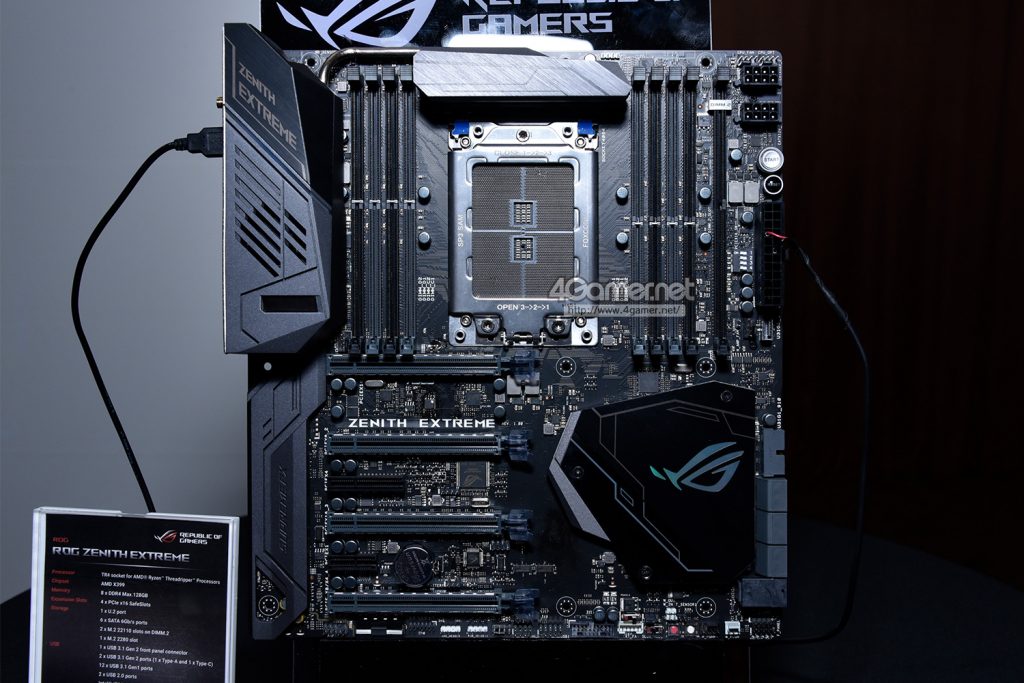 On the right side of RAM slot you will find a special slot for DIMM.2 expansion cards, on which two M.2 (32 Gbit / s) connectors available. As planned by the manufacturer, such an approach to SSD installation should resolve any problems with their overheating. To connect the drives, new motherboard also features six SATA 6 Gb / s, one M.2, hidden under the chipset heatsink, and one U.2 connector, which displayed four lines PCI Express 3.0 interface.

To the right of RAM connectors present a special slot for expansion cards DIMM.2, in which two connectors available M.2 (32 Gbit / s). As planned by the manufacturer, such an approach to SSD installation should resolve any problems with their overheating. To connect the drive also provides six SATA 6 Gb / s, one M.2, hidden under the radiator chipset, and one U.2 connector.

On the Input Panel display there are eight USB 3.0 ports, one USB 3.1 Type-A and Type-C port, a set of audio jacks, reboot and reset button UEFI settings and Gigabit network interface RJ45. We should also note the networking capabilities of the motherboard because it features a 10-Gigabit Ethernet ROG Aerion card, and itself “motherboard” wireless adapter equipped with Wi-Fi support 802.11ad standard (theoretical transmission speed of 4.6 Gb / s). 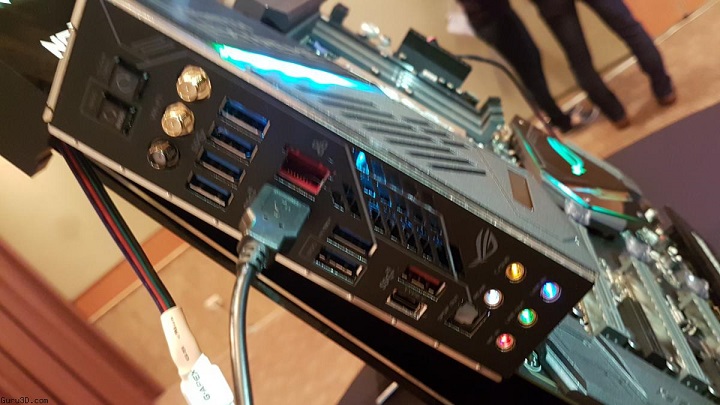 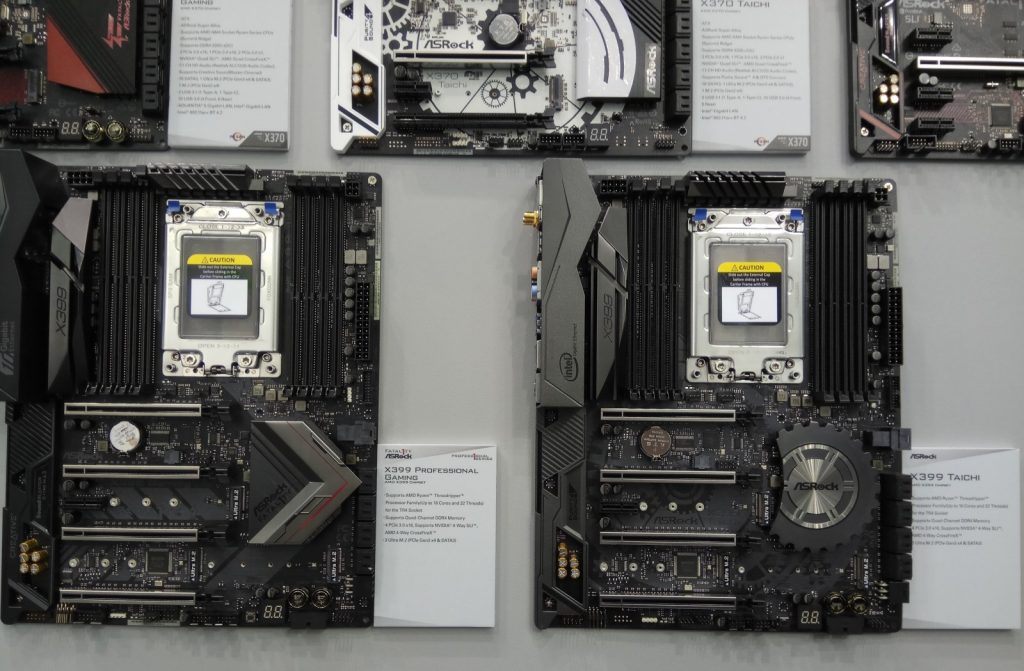 Each of the new products has four PCI Express 3.0 x16 slots, one PCI-E 3.0 x1 slot and two slots M.2 slots. On motherboards you will also find eight SATA ports 6 Gbit / s, one connector U.2 (32 Gbit / s) and a 6-pin connector PCI-E that must engage when using multi-GPU configurations.

On the back panel there is a dozen USB 3.0 ports, a pair of USB 3.1, Gigabit Ethernet RJ45 interface, as well as connectors for the Wi-Fi. Detailed specifications of new products will be announced in the near future.